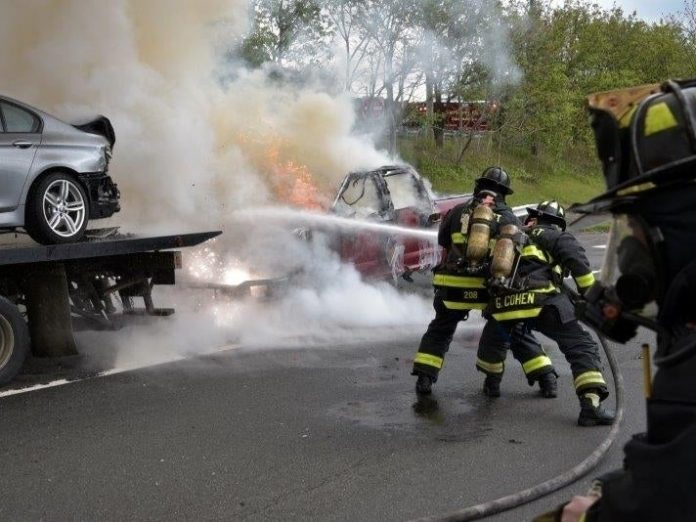 Two lanes of the expressway were closed while crews extinguished the flames, snarling traffic for miles, officials said. The pickup truck was destroyed and a BMW sedan was heavily damaged. No one was hurt.

Below are photos from the scene.