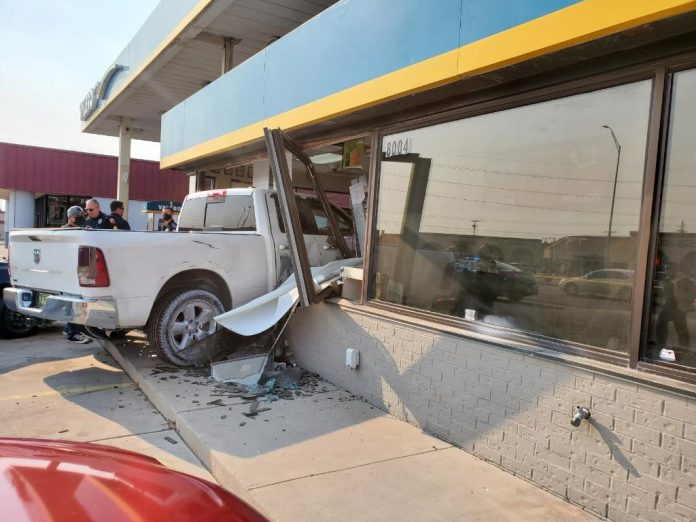 EL PASO, Texas — A white pickup truck that was believed to have traveled in the wrong direction along Interstate 10 crashed into a west El Paso gas station a short time later on Thursday evening.

Police at one point had been pursuing the pickup, which was reported to have been driven eastbound in the westbound lanes of the interstate.

The pickup crashed into a gas station near the Sam’s Club store in the 7900 block of of N. Mesa Street, triggering a heavy police presence.

Images showed the truck smashed into a brick wall, with glass windows, of the convenience store building at the gas station.

There was no immediate word on whether any injuries had occurred.