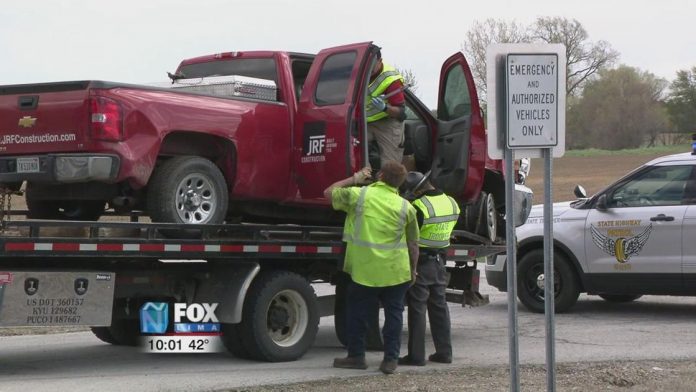 A driver, who was allegedly intoxicated, was responsible for three separate car crashes, damaging five vehicles on U.S. 30 this afternoon.

According to the Van Wert Post of the Ohio State Highway Patrol, the driver of a pickup truck, 63-year-old Michael Grundy of Indiana, was traveling eastbound on U.S. 30 and was swerving all over the road, and at times, in the wrong direction and in the grass median. When troopers got to the scene, the driver was missing a front tire and already struck two vehicles. A trooper attempted to stop the pickup truck, but the driver continued and struck a vehicle being towed by a tow truck, and then hit the tow truck. After striking the tow truck, the pickup truck ran into a guard rail where the driver stopped. There were no reported injuries, and the driver of the pickup truck is now being investigated for driving under the influence.

These cars from ‘Back to the Future’ have been put up...