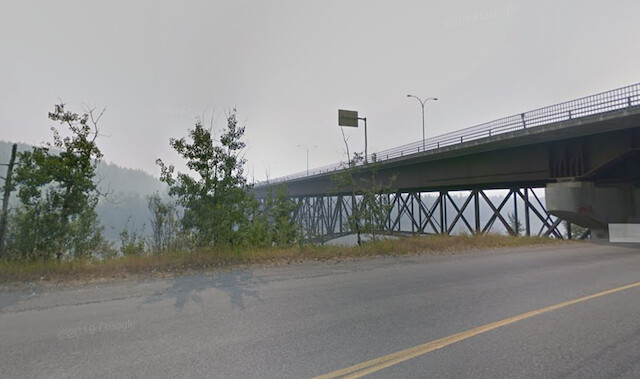 Truck swept away by river

A 23-year-old man escaped injury Sunday afternoon after his pickup truck went off the road and plunged down a steep embankment into the Fraser River in Prince George.

Police, fire and ambulance crews were called to the scene at about 2:50 p.m. Sunday on Queensway, just east of the Simon Fraser Bridge at Highway 97. The man, the lone occupant of the Ford F-150, managed to escape from the vehicle before it was swept away by the raging river.

“The vehicle went off the bank and the driver was able to get out on his own with no major injuries,” said Prince George RCMP acting Cpl. Mike Flewelling. “We weren’t able to recover the vehicle.”

Police would not reveal what caused the truck to leave the road and are continuing their investigation.

One seriously injured after crash in Porirua

Sal’s thinks outside the pizza box