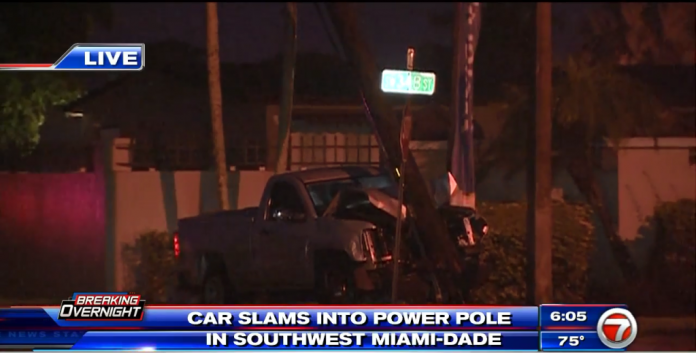 SOUTHWEST MIAMI-DADE, FLA. (WSVN) – A vehicle has crashed into a power pole in Southwest Miami-Dade.

Miami-Dade Fire Rescue responded to the scene near Southwest 187th Avenue and 348th Street at around 3:30 a.m., Monday.

The pickup truck could be seen smashed against the pole for several hours before being towed away.

Florida Power and Light crews have been called to the scene, but it remains unknown if homes in the area lost power.

7News cameras captured the damaged white pickup truck being towed away from the scene.

No transports were made by authorities.