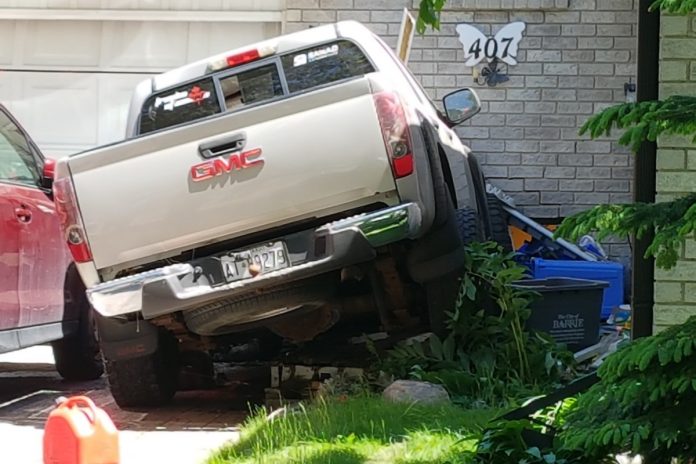 UPDATE: Police say four suspects fled on foot. ⁦One male is in custody and three others (two males and a female) are being sought. There is significant damage to house.

Barrie police are on the scene of a collision where a pickup truck slammed into a house in Barrie’s Letitia Heights neighbourhood.

The collision occurred just before 12 p.m.

Police have dispatched the canine unit to track “a number of suspects” in the area who were involved, Leon said.

This Is Jeremy Clarkson’s Vehicle Of Choice For The Apocalypse