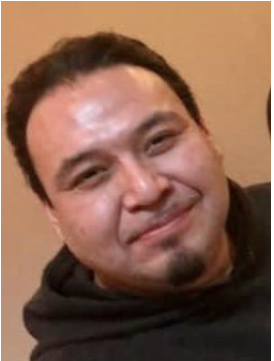 Middlesex OPP are asking the public for help locating a suspect vehicle being sought in connection with the alleged murder Monday night of a 37-year-old London, Ont., man on Oneida Nation of the Thames.

Police believe the vehicle, described as a green, older-model Chevrolet Silverado with large side mirrors, was involved in the shooting death of Isaac John Doxtator at a property along Clara Road around 8:30 p.m.

No other details about the suspect vehicle have been released, other than that it’s also believed to have loose tires in the truck bed, police said in a statement Thursday.

A 43-year-old Oneida Nation man, identified as Harlo Cornelius, has been charged with first-degree murder in the case.

Court documents show he was arrested on Monday and appeared in court the following day. He was remanded into custody and will appear in London court at a later date.

An obituary posted to the website of Elliott Madill Funeral Homes describes Doxtator as a loving son, partner, and father to three children.

He is also remembered by his three siblings and his extended family.

A funeral service for Doxtator is scheduled to take place on Saturday.

The Many Uses of Closed-Cell Foam Sleeping Pads

Demand for pickup trucks rises during pandemic, but supply slows