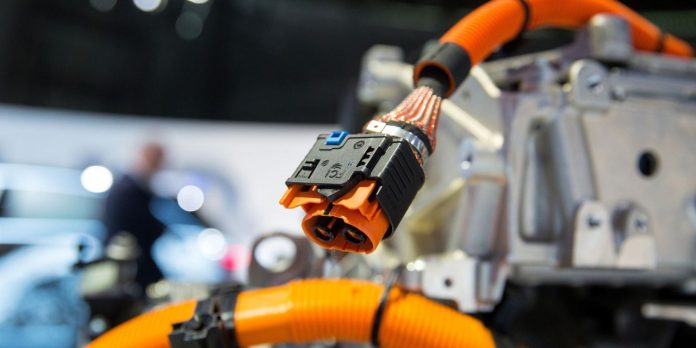 
Plug Power’s
management is taking advantage of current market conditions and raising some money for the development of the hydrogen economy.

Plug (ticker: PLUG) announced Tuesday evening it was selling almost 31 million shares for $10.25 each, a 9% discount to where the stock closed for trading. The sale will bring about $300 million into the company’s coffers.

The cash is earmarked for “general corporate purposes,” which is typical language in most company prospectuses. Plug will likely use part of the money to develop its fuel-cell technology for heavy- duty trucking—similar to the strategy
Nikola
(NKLA) is pursuing.

Plug management, on their recent earnings conference call, said they were working with truck partners to develop fuel-cell-powered long-haul trucks. That news, along with strong earnings, sent shares up 15% August 6.

“After about 100 kilometers [of range], the [energy] density of fuel cells and batteries, it’s about the same,” explained Plug CEO Andrew Marsh on the Aug. 6 call. “But from that [range] point on, batteries grow at a 10x rate …fuel cells are a distinct advantage because they just don’t take up as much space as batteries will in a truck.”

Fuel-cell development is of higher interest these days, in large part because Nikola says it can drive down the cost of hydrogen gas—the fuel for the fuel cell. Hydrogen has the additional benefit of emitting no greenhouse gases. The chemical products of a hydrogen-based fuel-cell reaction are electricity and water.

Nikola says it can drive hydrogen production below $4 a kilogram—a level that makes it competitive with diesel fuel. The company also plans to build hydrogen filling stations along with its heavy-duty trucks. Plug already has a network of about 100 filling stations in place.

Plug stock is trading just above the $10.25 offering price in premarket trading, down about 9%. Year to date, shares have had a great run, rising 258% as of Tuesday’s closing price, far better than comparable gains of the
S&P 500
and
Dow Jones Industrial Average
over the same span.

Traders might be disappointed by the capital raising, but it probably makes sense for long-term shareholders. Companies, after all, have to take money when the market offers it.

Write to Al Root at allen.root@dowjones.com

‘It’s been a nightmare’: Victoria businesses concerned about homeless shelters in...

Next Steps in Production Virtualization