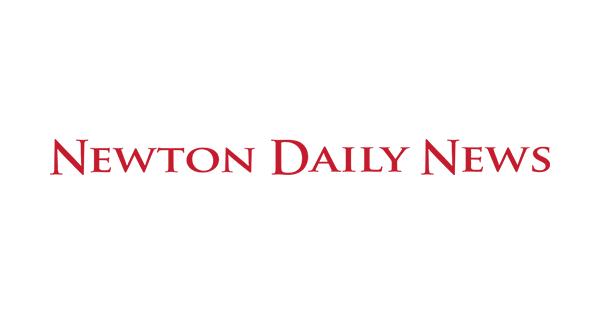 • Eric K. Bullard, 31, of Baxter, was charged with fifth-degree theft and trespassing at 4:07 p.m. April 27 in the 300 block of Iowa Speedway Drive. According to the Newton Police Department, officers were dispatched to Walmart in reference to a shoplifter. Bullard allegedly went into Walmart and received a UPC sticker from a crayon box that cost $1 and put it on a LED Solar Light worth $59 trying to pass it off as the actual price amount. Bullard was cited and released to appear in court.

• Ian D.A. McCandless, 27, of Lynnville, was charged with driving while barred at 3:09 a.m. May 13 in the 800 block of Highway 14 South. According to the Newton Police Department, officers were on an active patrol when they saw a White GMC Sierra truck with no plates. Officers got beside the truck and noticed the driver was McCandless. Officers ran McCandless and Jasper County Dispatch stated he was barred. McCandless was cited and released to appear in court.

• Paul L. Harris, 31, of Newton, was charged with violation of a no contact order at 8:49 p.m. May 13 in the 200 block of West Fourth Street South. According to the Newton Police Department, officers responded to a call for an unwanted guest. Harris was identified by his social security number. Dispatch told officers there was an active no contact order put in place on Dec. 8, 2019 for domestic abuse and the victim was the protected party. Harris was arrested and taken to the Jasper County Jail.

If you could travel in time, would you want to see…