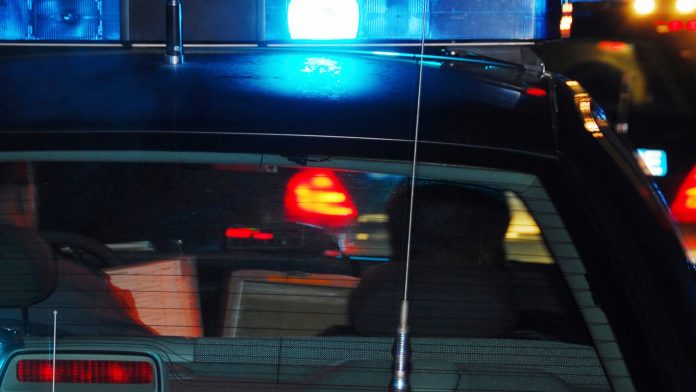 1300 block of Main Street – A 58-year-old man was arrested Saturday evening for OVI. He was pulled over for a traffic violation. When asked several times to get out of his car, the man refused, according to a report. An officer grabbed the man’s left arm to pull him out of the car. He then grabbed the officer’s right arm to try to free himself, the report says. The man was pulled out of the car, placed on the ground and handcuffed. He was found to have three prior convictions for OVI.

90 block of Lexington Avenue – A 21-year-old man was arrested Saturday evening and charged with improperly handling firearms in a motor vehicle. While speaking with the driver of a car that had been pulled over, the man, a back seat passenger, reached toward his waistband and the floorboard of the car, according to a report. He was ordered by an officer to place his hands on the front passenger’s headrest. Everyone was removed from the car and it was searched. Police say they found a loaded gun on the floorboard where the man had been reaching. The driver, front seat passenger and the man all denied knowledge of the gun. When asked about his movements, the man told police that he had placed marijuana into his waistband. The driver and front seat passenger were issued a citation and released.

500 block of Garfield Avenue – A home and car were struck with bullets around midnight Saturday. Witnesses told police that a red Dodge Charger drove away before officers arrived.

300 block of West Fourth Street – A 20-year-old woman reported Friday evening that her window had been broken. Peering outside shortly after she heard a loud crash, the woman saw a group of juveniles running down the road.

800 block of Ashland Road – A 20-year-old man was arrested Friday and charged with tampering with evidence. He could face additional charges, such as improperly handling a firearm in a vehicle, resisting arrest and obstructing official business after he ran away from police during a traffic stop and pulled a gun from his waistband, according to a report. He threw the gun away as an officer restrained him, the report said, and it was recovered after the man had been placed in a cruiser. The man ran after he’d given police a fake Social Security number and an officer tried to remove him from the car that had been pulled over, according to the report. The car was pulled over because the license plate did not match the car’s registration. The driver, a 17-year-old girl, was issued a citation for operating a car without a valid license and fictitious license plates.

500 block of Barnard Avenue – A 44-year-old man reported Friday that his firearm, a bicycle and two speakers were stolen.

400 block of Marion Avenue – A young boy reported early Friday morning that two men asked him how much he would like to for his gas mask, which he had bought due to COVID-19, the disease caused by the novel coronavirus. “$300,” the boy answered. The men then showed him a handgun, saying “how about for free?” according to the boy’s account. He handed over the gas mask and the men walked away.

Walmart, 2485 Possum Run Rd. – Police found an abandoned, unlocked car parked across three spots in the store’s lot around 1:30 a.m. Friday, with registration showing the car belongs to someone out-of-state. Surveillance video showed that the car pulled into the lot with a truck, which was pulling a trailer. It appeared that an unknown number of people took things out of the car and possibly left in the truck.

Later that day, a 30-year-old man received a lifetime ban from the store. A manager told police that the man had removed a sander, took it inside the bathroom, then tried to exit the store with the sander inside a plastic shopping bag.

These 10 American Trucks Are Absolute Junk