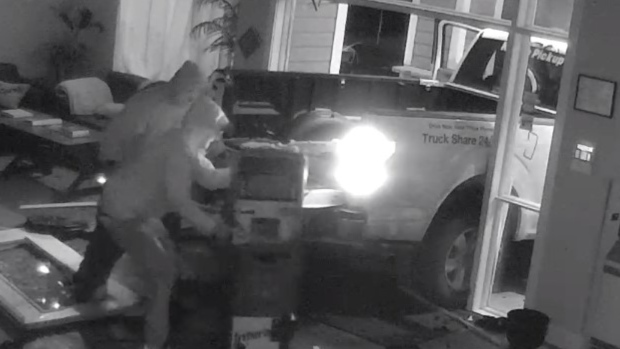 CALGARY —
Police have charged one man in connection with an incident that took place at a business in the hamlet of Lyalta in mid-February.

Mounties say suspects used a truck to smash through the Mercantile at Muirfield on Feb. 17, causing significant damage.

Once inside, the culprits loaded an ATM onto the truck and fled the scene.

Officials say damage to the business was estimated nearly $20,000. A rental truck parked nearby was also severely damaged during the incident.

A subsequent investigation has resulted in charges being laid against Mark Kendrick Jacobson, 35, of Lacombe County.

Jacobson has been charged with break and enter to commit theft, two counts of mischief to property exceeding $5,000 and identity fraud.

Police have issued a warrant for Jacobson’s arrest.

RCMP have arrested a 37-year-old man in connection with the theft of nearly $750 worth of lottery tickets from a grocery store in Carseland, Alta.

Dwayne Shane Soroka, last known to be from Lloydminster, Sask., was identified as one of the suspects who allegedly stole tickets from the Carseland Food Market on March 24.

Police say Soroka, along with another suspect, managed to distract the clerk and steal the tickets sitting behind the counter.

His whereabouts are currently unknown and anyone with information is asked to contact Strathmore RCMP or their local police detachment.