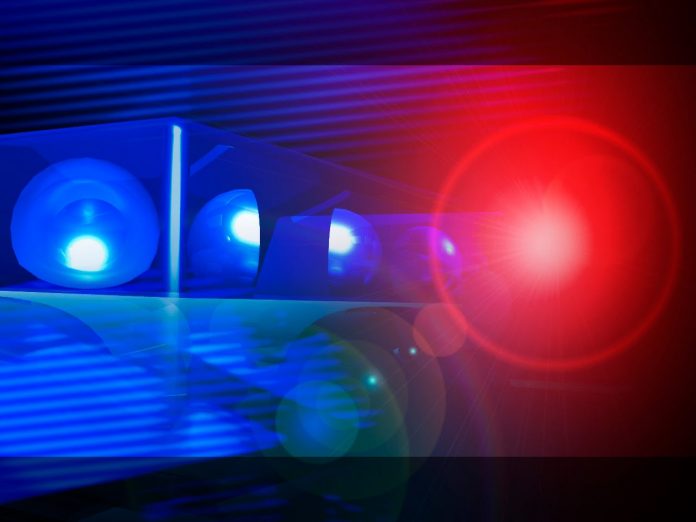 12:40 p.m. – A Warwick resident, 74, was issued a summons for driving with a suspended licence and issued a violation for an expired inspection sticker on Division Street.

2:30 p.m. – A beagle got loose and bit a woman on Lenihan Lane after its owner left the garage door open for the milkman. The dog’s rabies vaccine was not up to date and the owner was instructed to quarantine the dog for 10 days before updating the vaccine with a veterinarian.

3:09 p.m. – A man with no shirt was heard yelling at people on Frenchtown Road. Police spoke with the man, who said he was walking to Dunkin’ Donuts.

4:29 p.m. – A caller told police he heard screaming coming from an EG house when he rode his bike past the residence. Police checked on the house and found everyone was fine. Police said one member of the family has autism and sometimes makes loud noises.

6:05 p.m. – An resident told police her car had been keyed. She only noticed it after someone had showed up at her place of work and yelled at her. The woman was so alarmed, she asked police to escort her to her car after her shift. Only later, after hearing from coworkers that the other person had been seen near the resident’s car, did she check the vehicle and notice it had been keyed.

8:15 p.m. – Police got multiple reports of young people on bikes and a woman in a car engaged in a screaming match near the basketball courts on Cliff Street.

12:59 a.m. – Neighbors of Temple Torat Yisrael on Middle Road reported seeing three youths running in the street, one with a flashlight. Police located the three who stated they snuck out to go on a walk. Officers spoke with parents of all three youths, who were allowed to return to the house where they were having a sleepover.

8:28 a.m. – A caller told police about a woman asleep in her car on Main Street. EGPD spoke with the woman, who said she’d arrived early for work.

1:10 p.m. – A Massachusetts man told police about a road rage incident that took place while he was driving south on South County Trail. He said a truck pulled in front of him then brake-checked him. The Massachusetts man said he passed the truck when he could but when they were both stopped at the light at Frenchtown Road, the truck driver got out, knocked on the man’s window, then kicked the bumper of his car. The man said he didn’t want to file a criminal complaint, just wanted the incident noted.

4:17 p.m. – A caller informed police that a fight was taking place outside of a camper in the Cracker Barrel parking lot off Centre of New England Boulevard. The dispatched officers found the occupants were inside the camper watching television and not engaged in an argument.

5 p.m. – An arrest warrant was issued for a Marlborough Street woman, 40, who was in violation of a no-contact order when she had a verbal argument days earlier with the party she was not meant to be near. This suspect is the same woman arrested for assaulting the person Aug. 7.

8:33 p.m. – The owner of Nautika Restaurant on Water Street contacted police because an employee had received a threatening message from her boyfriend. The woman did not provide police with her boyfriend’s information but police stayed close to the area.

11:04 p.m. – A caller told police about an erratic driver on Frenchtown Road heading east. Police stopped the vehicle on Post Road. According to the log, the driver checked out sober but has trouble seeing at night.

9:06 p.m. – A Laurel Wood resident complained about an ongoing problem in which a group of juveniles ring his doorbell and then run away. He has chased them in the past and was unable to identify any of them until this recent occurrence as he had installed a Nest doorbell camera. He provided EGPD with photos and video footage of the event.

6:51 p.m. – A resident told police two men were having an altercation at South Road and Shady Hill Drive. Police arrived to find the men were not fighting, but they were speaking loudly. They were told to quiet down.

10:13 p.m. – The owner of Main Street Convenience Store reported three young men pulling signs off the store. Police located a group of young men who were positively identified by the owner of the store who agreed not to press charges stating that the kids were simply acting dumb. They told police they would go home for the night.

2:07 a.m. – Police spoke with a woman parked in the EGPD lot who had been sitting there for several minutes seemingly distraught. The woman said she was on her way home and had been upset about her divorce; she’d pulled over to “collect herself.” She said she was safe and would proceed home shortly.

6:27 p.m. – An EG resident told police a man was growling and yelling outside their house. Police found the man to be fine but instructed him to go back into his house.

8:26 p.m. – A caller told police a group of kids were riding electric bicycles in the roadway on Cedar Avenue without reflective gear or lights. Police were unable to find the group.

9:32 p.m. – Police checked on a woman driving a white Jeep erratically from Goddard Park. They located the car at Thorpe’s Liquors and proceeded to have the driver perform field sobriety tests, which she passed. The police did not find the woman smelled like alcohol and her eyes were clear. There was no sign of alcohol in her car.The woman said she was a model and might have been driving erratically due to not eating as a result of her diet and fatigue. She said she could drive home safely and did not need a ride.

2:15 a.m. – An Osprey Drive resident called police when he spotted two vehicles moving slowly on High Hawk Road. Police later determined that one of the cars, a Volkswagen SUV, had been stolen from a residence on High Hawk Road. The vehicle was recovered and found to have a smudged fingerprint on the front passenger door. Police also obtained surveillance footage of the suspects in the act and heard one of the suspects refer to a co-conspirator as “Joe.”

11:49 a.m. – A Bow Street resident filed a report stating a packet was stolen from her car with all of the bank information for her businesses. The incident occured on July 23 when she noticed that someone had searched her car for valuables, but she did not file a report at that time as she did not think anything of value had been stolen from her car. (On July 23, several other residents reported car break ins and thefts.)

12:15 p.m. – A Narragansett man told police a helicopter taking off from Camp Fogarty kicked up dirt and blew wind that caused the cargo cover to fly off his 2006 Dodge Ram pickup truck on South County Trail. He retrieved the cover, reported the incident to Camp Fogarty, and said he was unsure if he could snap the cover back on his truck.

3:31 p.m. – Police were unable to locate an unruly customer who was yelling at the manager of Main Street Coffee.

11:49 p.m. – An East Greenwich resident allegedly threatened people, including valets, in the Nautika Restaurant parking lot and attempted to rip off his shirt in an aggressive manner, according to police. EGFD transported the man, who appeared to be very drunk, to Kent Hospital. Police were later told by the valets that the individual asked if any of them had a gun as he would like to shoot up the people on Main Street. A representative of Nautika Restaurant requested a no-trespass order be placed against the individual.

9:17 a.m. – A resident told police someone put cheese on his car. He did not wish to file a report but requested extra checks of the area to apprehend the culprit.

10:40 a.m. – An East Greenwich man, 39 – the same man who allegedly threatened people at Nautika late Saturday, was arrested on a bench warrant for failing to appear in court in April. He was transported to the ACI.

5:53 p.m. – A resident informed EGPD of a flock of turkeys on Howland Road, one of which had a wire wrapped around its foot. Police notified DEM.

7:39 p.m. – A caller told police a dog was in a red Dodge pickup truck at Nautika Restaurant. Officers determined the dog was OK and the owner was close by the car.

5:49 a.m. – Scituate PD located the East Greenwich woman who violated the no-trespass order earlier in the week. She was found at a residence on Chopmist Hill Road where EGPD took custody of the woman, 40, completed the arrest and processed the suspect.

9:53 p.m. – An anonymous caller stated that music was blaring from a party taking place on Hoyer Court. Police instructed the individuals to turn the music off and the party disbanded.

Become a part of a movement – join the EG News community by making a donation today! We are a 501(c)(3) nonprofit dedicated to keeping East Greenwich informed. Use the Donate button below or send a check to EG News, 18 Prospect St., E.G., RI 02818. And, thanks!

Amazon is scrambling to find truck drivers to move your Prime...