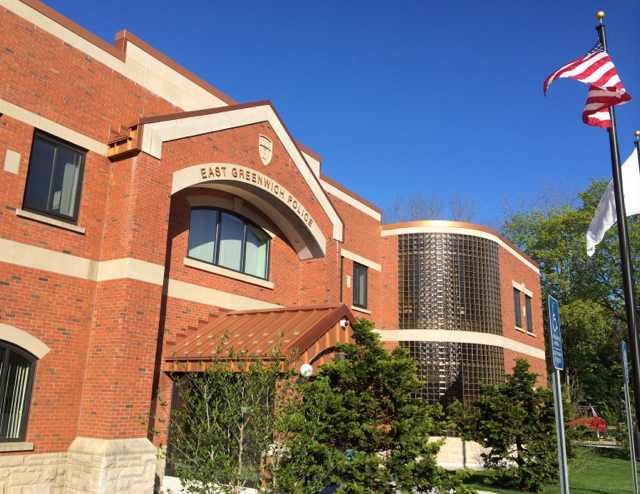 8:53 a.m. – A Frenchtown Road resident told police a footbridge that sits over a small gully on his property was missing. During an investigation, police found the footbridge roughly 300 feet away, in a small pond also on the man’s property.

9:53 a.m. – An iPad was sent to a Huguenot Drive resident who did not order it. The reporting party stated that the iPad was purchased using a Visa card in her name that she did not possess. Police advised this woman to reach out to the bank of origin as her identity may have been stolen.

2:31 p.m. – A man on Frenchtown and Tillinghast roads threw sticks near the road to slow down speedy drivers. Police instructed the man that they would handle traffic related issues.

7:18 p.m. – A Cindy Ann Drive resident called police about a Fox Pest Control employee knocking on doors trying to sell extermination services. Officers verified his credentials but instructed him to obtain a permit before going door-to-door to sell services.

8:15 p.m. – A woman concerned about her mother’s move to a new EG home asked police to check on her as she had no telephone. Police reported that the mother was fine and she told them she would call her daughter when she had a chance.

11:34 a.m. – A Larch Road resident told police that a man, 20 to 30 years old, with dark spiked hair in black pick up truck with smashed windows told her about a possible protest or riot in town that night.

11:45 p.m. – A coyote was spotted in the area of Cedar Avenue and Crossways Road.

2:29 p.m. – Police were called to Division Street to check on a dog that was left in a car. When officers arrived they noticed the sunroof was open and the owner stated they were leaving shortly.

2:34 p.m. – A Spring Valley Drive woman was yelling at landscape workers on her neighbor’s property because of the location of grass clipping being dumped. The workers cleaned up the debris.

8:35 p.m. – Police were notified of a woman sitting in a Lexus in a private parking lot on Main Street. The woman told officers she was waiting for a friend who lives on King Street. She was asked to move off the private parking lot.

8:30 a.m. – A homeless man was issued a No Trespass order after he repeatedly harassed a Crompton Avenue resident. The resident told police the man would come on her lawn intoxicated and yell at her. On several occasions she found him sleeping on her front deck. Police spoke with the man who assured police he understood that he was barred from entering the property on Crompton Avenue.

3 p.m. – A woman was bitten in the face by her pitbull while removing it from her car at Ocean State Veterinary Specialists. The dog was sick and in pain which may have caused it to lash out. The owner was transported to the hospital and instructed to quarantine the dog for 10 days.

8:55 p.m. – Individuals who parked their car at Frenchtown Elementary School were told to leave private property by police.

2:13 p.m. – A Bayberry Lane resident contacted police about a suspicious man who was circling her house and looking in the windows. Police later determined that the man was performing a lawn care estimate and her parents had forgotten to tell her about the man’s visit.

6:05 p.m. – A resident called police about an act of vandalism to a new deck box. During the investigation, the child of the individual who reported the crime admitted to vandalizing the property.

6:59 p.m. – A Massachusetts man, 21, was arrested after he broke the windshield of a car in the parking lot of Finn’s Harborside. The incident occurred after a friend told him he should not be driving. The suspect slammed his head into the car next to his causing the damage, according to a witness. He was arrested and charged with vandalism and disorderly conduct.

7 p.m. – A Warwick man, 42, was arrested for DUI after officers witnessed him making illegal turns, driving slowly and exiting his vehicle with his fly down and a urine stain on his pants. The man was approached by officers near Finn’s Harborside, where they were investigating the vandalism incident. The suspect slurred his words, smelled of alcohol and was openly hostile to officers. He was arrested for DUI and refusal to take a blood alcohol test.

10:15 p.m. – A Duke Street resident was concerned when they heard a neighbor’s child yelling. Police determined that the yelling was due to a foot injury the child sustained.

EGFD Rescue 1 earned a second stork sticker earlier this month, when the crew helped deliver a baby on Duke Street.

2 p.m. – A West Warwick woman, 39, was arrested for shoplifting from Dave’s Marketplace. A store employee tailed the woman after she bypassed the cash registers with a shopping cart full of groceries in reusable bags and exited the store. Police were notified by staff that the suspect had shoplifted from the grocery store before. She was given a No Trespass order and was issued a summons for shoplifting groceries. The amount of stolen items was $502.23.

3:30 p.m. – A Devon Court resident informed police that someone attempted to file unemployment under her name. Her identity was stolen four years earlier and she was told by the IRS at that time she may experience further issues. Police made a record of the incident.

5 p.m. – A Stone Ridge Drive resident turned a pink wallet she found over to the EGPD. The wallet contained identification, credit cards and $413 in cash. Police were able to contact the owner and the wallet was returned the same day.

7:50 p.m. – A Second Street resident reported her daughter’s 16” Precaliber Trek Bicycle stolen. The item, valued at $250, was stolen from the front or side yard of the residence. That’s the second baby delivered by EGFD in less than a year (read more HERE).

8:54 p.m. – Police assisted the EGFD in delivering a baby on Duke Street. The mother and baby boy were transported to Women & Infants Hospital.

3:25 a.m. – Police are on the lookout for a woman who used a hammer to shatter the front door of Stencel Jewelers on Main Street. Surveillance video footage shows the woman, wearing Ugg boots, pink gloves, a mask and a hoodie, entering the store and fleeing shortly after determining that all of the jewelry cases were empty. The owner of the shop said he had emptied the cases of all jewelry earlier that week*. A Main Street resident told police he thought the woman may have been checking out the store the store the night before.

4:07 a.m. – While officers investigated the breaking and entering of Stencel Jewelers, they found two broken tables nearby, in front of 58 Main Street, that appeared to have been vandalized.  The tables belonged to the Silver Spoon Bakery and were valued at $100 each.

6:30 p.m. – A North Kingston resident contacted EGPD after her lost debit card was used to make a purchase at Cathay Garden Restaurant on Main Street for $31.32. It was not until the following week when the card was denied at Dave’s Marketplace that the woman using the card realized it was not hers. She gave the card to EGPD and returned to Cathay Garden Restaurant instructing them to charge her card because of the mix up.

5:24 a.m. – A Twin Pond Road resident reported that a coyote had attacked a cat on her property. Officers could not locate the coyote and the cat had no tags or identifiers. After a while the cat appeared alert and able to continue on its own.

7:45 a.m. – A Crompton Avenue man found a set of keys at the lower boat ramp on Crompton Avenue. In addition to a black Honda key, the ring contained various store cards. The keys lacked any identification.

10:59 a.m. – Police had a car towed that was parked in a no parking zone on King Street near Water Street.

2:50 p.m. – A King Street resident told police that a vehicle was illegally parked in front of his home and obstructing his driveway. Police noted that the car was parked illegally but watched the resident drive his vehicle into the driveway with no issue. The car was ticketed and towed.

* Looting had taken place in downtown Providence the night of June 1, following peaceful protests there.

If you value what you find on East Greenwich News, consider making a donation. We are a 501(c)(3). Here’s a list of some of our donors – we’d love to add your name! Use the button below or, if you’d rather mail something, send it to EG News, 18 Prospect St., E.G., RI 02818. Thanks – every contribution helps.

Are shoppers wearing masks? We went to 37 stores across Michigan...