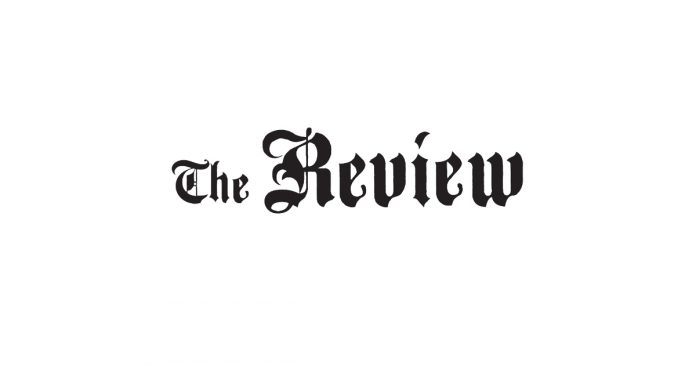 – A local resident reported at 2:59 p.m. Aug. 24 that he was walking from his aunt’s Woodland Hills apartment to the east end using a path off Haywood Street when a later identified woman alleged began taking his picture and yelling at him, accusing him of trespassing. He didn’t know who the woman was until she was until she posted his photo to Facebook.

– A woman reported at 9:39 p.m. Aug. 26 that her daughter’s father had taken her daughter for the day because she was sick, he failed to return her in the 800 block of Dresden Avenue as promised. She has full custodial rights.

– Officers were needed for traffic control at West 8th Street with a semi-truck needing towed with its load transferred to another vehicle.

– A property owner in the 1600 block of Montrose reported at 11:19 a.m. Aug. 25 that a subject cut down trees and placed them on the yard of a neighboring property without permission.

– Police answered three calls between on the evenings of Aug. 24 and Aug. 25 in the 1300 block of Sunnyside for loud music.

– A caller reported at 3:43 p.m. Aug. 24 in the first block of Walnut that a male wearing dirty gray socks appeared to be high on drugs. Police had no contact with the subject.

– Officers were dispatched at 8:08 p.m. Aug. 24 to the Bradshaw Giant Eagle to two males fighting in the parking lot and throwing buggies. Upon arrival, both parties told they didn’t wish to file charges; however, Lonnie Laughlin, who allegedly had been involved in prior incidents on the property was served with a criminal trespass notice on behalf of Giant Eagle management.

– A police captain was dispatched at 3:04 p.m. Aug. 24 in to an unnamed educational institution to discuss coronavirus compliance with a security guard in the 100 block of East Fourth Street. The man and other employees were wearing face masks, the report noted.

– A woman from the 500 block of Palissey Street reported at 8:47 p.m. Aug. 24 that she is being harassed by an ex who is to have no contact due to a restraining order after moving here from Illinois. She was advised to contact the law director’s office.

– Dispatch was contacted at 7:50 p.m. Aug. 25 regarding an unwanted subject in the 1100 block of Avondale Street. After an officer was sent to the family dispute, the male just wanted the money he was owed, and went to a hotel after he received it.

– A man in the 100 block of South Surry Road reported shortly after 9 a.m. Aug. 24 that he was contacted by a recovery company regarding a Paypal credit line opened Oct. 23 and sent to collection. He told police he never had a Paypal account and that he was a victim of fraud.

– A woman is being charged with theft, after an incident at Walmart. According to the report, Ruchelle Walker allegedly collected multiple items from different departments and returned them for $87.14 in cash without paying for them in addition to exiting the store with $92.17 worth of merchandise, which she allegedly also didn’t pay for.

– Police responded at 8:44 a.m Aug. 20 to the 46000 block of Wyoming Avenue for welfare check, after a home health aide had arrived to a locked door and seen her patient laying on the chair with a lamp pulled over on himself. After kicking the door open, the subject was transported to city hospital by Northstar.

– An Annesley Road resident reported at 10:36 p.m. Aug. 19 that he was being threatened through Facebook by a man whose daughter-in-law’s house recently burned down on Y&O Road in suspicious circumstances. In the meantime, a third-party caller advised dispatch that the man had showed up at the alleged victim’s aunt’s home, where he is waiting for the victim with a M-16. Officers found that the man hadn’t been around the home.

– A driver was cited for an unsecured load at 11:13 a.m. Aug. 19 in the first block of state Route 170, after an oil pan was discovered on the road near Taco Bell. The Calcutta and Glenmoor fire departments arrived and used oil dry on the spill.

– Officers responded at 10:37 p.m. Aug. 19 to the first block of state Route 11 near the Annesley Road overpass, where a woman reported that she was traveling northbound when she ran over the dug out holes in the roadway, damaging three trims and tires. Her vehicle was towed to the park and ride.

– A woman reported attempted extortion at 8:31 p.m. Aug. 19 in the 50000 block of Stagecoach Road. The caller from a 234 area code wanted ransom money or was going to reveal secrets on social media. She has blocked the phone numbers but wanted a report.

– Misty Tice, no address listed, was arrested at 4:20 p.m. Aug. 25 in Walmart on a charge of petty theft, after allegedly failing to scan $121.11 worth of merchandise at the self-checkout and exiting the store without trying to render payment.

– A Three Brothers Auto Sales employee reported at 4:19 p.m. Aug. 25 in the 16000 block of St. Clair Avenue that a subject agreed to a purchase contract of a 2009 Honda Civic and failed to follow through. She was advised it was a civil matter.

– Brian L. Cramer, no address listed, was arrested at 7:23 p.m. Aug. 24 in Walmart on petty theft and criminal trespass charges, after he selected $346.05 worth of merchandise and exited the store, which he has been prohibited from since Sept. 24, without rendering payment.

– Cena Mason, no address listed, was cited at 7:27 p.m. Aug. 24 in the first block of Smith Street, after a routine traffic stop.

– An “abandoned” vehicle was reported at 6:50 p.m. Aug. 23 in the Walmart parking lot. Upon arrival, police spoke with Natosha Miller, who initially gave another name, when she was allegedly fetching some belongings from the vehicle. It was discovered Miller had an active warrant through the Columbiana County Sheriff. The vehicle owner’s was clear of warrants. The vehicle was towed.

– A woman called at 5:25 p.m. Aug. 19 regarding her former home in the 45000 block of Y&O Road to report that someone stole the pump for her pool. The deputy has unsuccessfully tried to follow up with the alleged victim due to her voice mail box being full.

– Deputies responded at 2:18 p.m. Saturday to the Frola Motel for a report of subjects fighting in one of the rooms. The subjects, Rebecca Dyke and Timothy Patrick, both who declined to prosecute, were wanted on warrants out of East Liverpool Municipal Court, so they were taken into custody.

– A resident of the 7000 block of St. Jacob Logtown Road reported at 11:45 p.m. Friday that an unknown subject stole a keg of beer from his property last weekend.