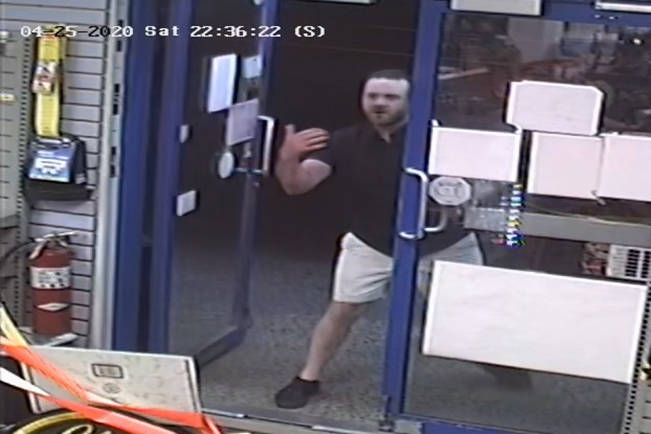 Nanaimo RCMP are asking for the public’s help to identify a suspect who allegedly assaulted a man in the parking lot of a business south of Nanaimo.

The incident occurred at about 10:30 p.m., April 25, in the parking lot of the Ruckledge Store and Service outlet at the intersection of Morden Road and the Trans Canada Highway.

The victim told officers he and his friend drove to the store to purchase lottery tickets. As he was walking through the parking lot, he noticed a piece of garbage lying on the ground. Police say he picked it up and put it in the back of a nearby Nissan pickup. A passenger in the truck took exception and allegedly charged at the victim and then proceeded to punch him in the head multiple times. The confrontation lasted a few minutes until the suspect returned to the truck, which sped off.

Paramedics were called to the scene and the victim was later treated at the Nanaimo hospital for a possible broken nose.

The suspect is caucasian, 25-35 years old, heavy-set with dark hair and a beard. He was wearing white shorts, dark shoes and a dark-coloured golf shirt.

Anyone with information about this incident or the suspect’s identity is asked to contact the Nanaimo RCMP non-emergency line at 250-754-2345.

For past coverage of unsolved crimes in Nanaimo, click here.

Memories of growing up Italian in St. Patrick’s Ward (11 photos)