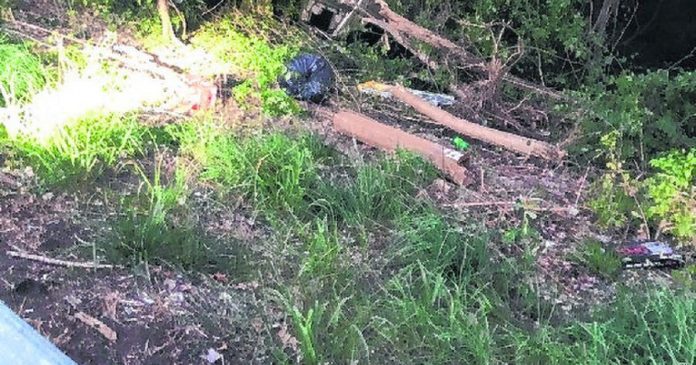 Police are looking for the car that may have caused this crash Tuesday night on Interstate 65. The driver of this vehicle was pronounced dead at the scene. SUBMITTED

State police are looking for a car they say may have caused a fatal car crash Tuesday night on Interstate 65, along the Johnson County and Shelby County line.

A pick-up truck traveling southbound on I-65 just after 8 p.m. went off the side of the highway just north of the Edinburgh exit, striking a guardrail and flipping over, according to an Indiana State Police news release.

Passerby had pulled the driver from the wreckage and were performing CPR when first responders arrived on scene. The driver was pronounced dead at the scene, according to the news release.

Police identified the driver of the pick-up as Mark Raub, 72, of Nashville.

A semi truck driver was also involved in the crash but was not injured, the news release said.

A white Chevrolet Cobalt with either Illinois or Kentucky license plates was driving recklessly, speeding, weaving in a and out of traffic, braking suddenly in front of vehicles and giving hand gestures to other drivers, according to the news release. The driver of the car got in front of the pick-up and braked suddenly. The driver of the pick-up swerved to the right to avoid collision and was struck by the semi, witnesses told police.

Police are asking that anyone who was on I-65 between Indianapolis and Columbus between 8 p.m. and 8:45 p.m. and has a vehicle equipped with a dash camera to review their footage for the white Chevrolet Cobalt with Illinois or Kentucky License plates.

Anyone with information about the crash is asked to call Indiana State Police at 317-899-8577.