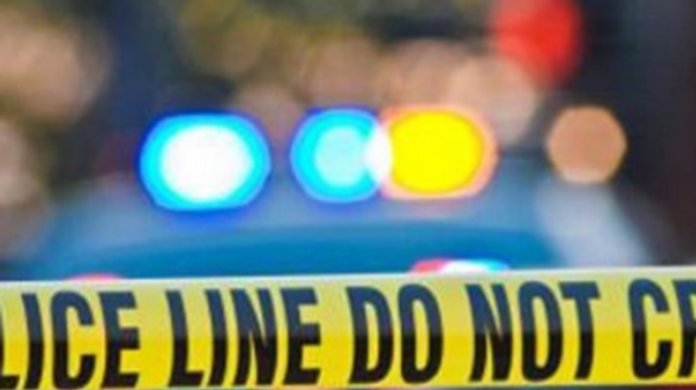 Correction: Early reports were incorrect about the condition of the suspect in Thursday’s shooting outside a West Des Moines convenience store. Police now say the suspect has been hospitalized with life-threatening injuries.

The man suspected of firing a gun at two different West Des Moines locations Thursday has been hospitalized after suffering a self-inflicted gunshot wound, police said.

West Des Moines police have not yet identified the man, whom authorities believe shot at a pickup truck just blocks from Valley High School before shooting himself around 12:30 p.m. outside the QuikTrip at 1451 22nd St.

The man fired a weapon after walking out of the QuikTrip and being confronted by a police officer, said West Des Moines Police Sgt. Jason Bryan.

No other injuries were reported at either location. Police did not say whether the alleged shooter knew the driver of the pickup truck. The suspect shot at several vehicles before shooting himself, police say.

Authorities said they expect to release more information on Friday.

Corey Taylor works at a nearby Valvoline shop and was inside the QuikTrip getting an energy drink when the shooter came in. He thought the man yelled, “Call the police, call the police.”

He saw the gun and was frightened.

As Taylor fled the building, he heard gunshots, he said. Then he heard somebody say the man who had entered the gas station had been shot.

By 1:30 p.m., Taylor was standing out in the cold, looking at the QuikTrip and watching a news conference about the violence. He was still trying to process what had happened.

Wil Hunemuller didn’t hear the shot but helped in the aftermath. Hunemuller, who works at the Iowa Cigar Company, just south of the QuikTrip, saw people running from the gas station.

“When this thing was going on, we saw about 30 cops walking around, at least,” Hunemuller said.

He came out of the cigar shop to provide food and water to those who fled from the scene, including Taylor.

“That’s nasty,” Hunemuller said. “That’s horrible. You don’t want to hear that ever happening ever, but unfortunately, it does. But luckily, no one else was hurt.”

A malfunctioning battery keeps family out of harm’s way

Bryan said the man who shot himself outside the convenience store is believed to have been driving southbound on Valley West Drive when he made a sharp U-turn near Valley West Court and shot a firearm at another motorist just before 12:30 p.m.

Alisha Stewart, who lives just west of where the truck was hit by gunfire, said she and her son were getting ready at about 12:15 p.m. to stand nearby on the sidewalk. Stewart and her family have been dressing up in inflatable costumes and waving to traffic as a way to lift spirits along the four-lane West Valley Drive. She’s garnered hundreds of shares on Facebook posts capturing the gesture.

“(My kids) were having a blast making people laugh or smile and wave, honk a horn,” she said. “It has been a great way to responsibly allow them to get out of the house … and get some sense of community while social distancing.”

But there was a problem: The battery for the device used to inflate the costumes stopped working. While Stewart was trying to find a way to blow up her “Olaf” garb, she heard a pop and tires screech. She thought it was a speeding car.

Her mother went to the family’s backyard, which faces West Valley Drive, and heard police discussing details about a shots-fired investigation.

Stewart said her family moved to the quiet cul-de-sac two years ago because it felt safe. But the shooting had her questioning whether standing out on the sidewalk was a good idea. It also had her wondering if she was touched by divine intervention.

The battery used to blow up the costume started working after the shot was fired, she said.

“We feel incredibly lucky we were not out there as originally planned,” she said. “I may still venture out with my, ‘Keep Smiling,’ signs but will not want the kids doing it anytime soon on the sidewalk. It’s sad.”