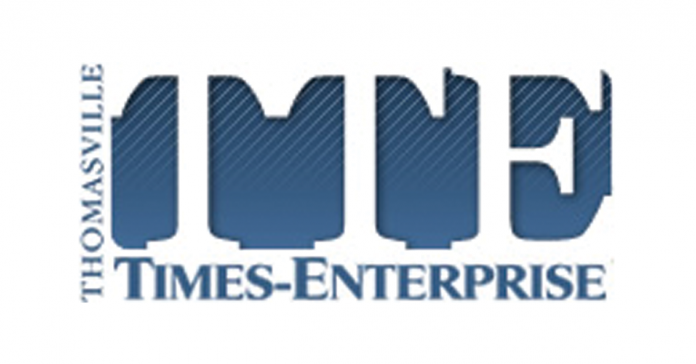 THOMASVILLE — Police watched the video of a man and woman stealing a truck at a Thomasville business Monday afternoon. While officers were talking to the victim, the truck crashed, and the driver was killed.

A man went into a convenience store at 2103 Smith Avenue on Monday afternoon and left his truck running with the keys inside.

The officer looked at store surveillance video that showed a possibly intoxicated man and woman walking around in front of the store. They went inside and bought alcoholic beverages, Parker said.

The couple went back outside, and the man got into the driver’s seat and the woman into the front passenger seat.

Parker said the couple placed a laundry basket behind a nearby business.

“The basket contained male and female clothing, as well as their names and a cell phone,” Parker said.

Within 30 minutes of the truck being reported stolen at 3:45 p.m., dispatch reported a traffic crash on New Hope Road.

The vehicle was the stolen gray 2007 Toyota Tundra. The driver, identified as Richard Harrell, 43, Central Avenue, Moultrie, was dead at the scene.

The female passenger, Lynsey Nicole Wren, 35, Leesburg, was arrested, transported to the Thomas County Jail and charged with theft by taking motor vehicle.

“There was a strong smell of alcohol about the person of her,” Newberry said.

The truck was traveling at a high rate of speed, struck a pine tree, overturned and came to rest on the passenger side.

Thomasville Post 12 Georgia State Patrol Trooper 1st Class 2 Steven Kornegay said Harrell and Wren appeared to have been drinking. Wren was outside the vehicle when the trooper arrived.

“She was so inebriated she couldn’t tell us anything,” the trooper said.