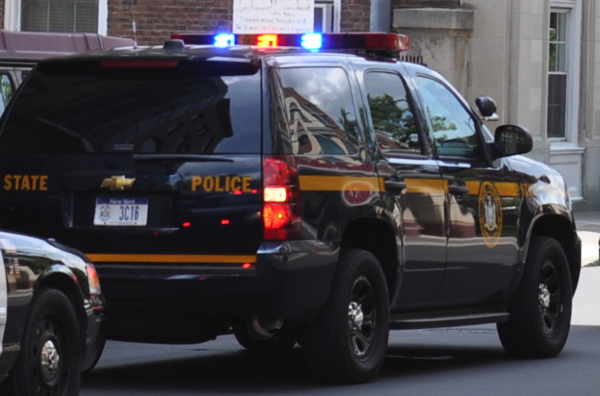 The New York State Police are investigating a fatal crash in the town of Coventry, east of Ithaca and Whitney Point, on Saturday night, in which the driver of a pickup truck apparently didn’t stop at a stop sign.

According to a statement from New York State Police, troopers from Troop C in Sidney were dispatched by Chenango County 911 to the scene of a crash at the intersection of Routes 206 and 235 in the town of Coventry, for a report of a crash involving a pickup truck and a tractor trailer.

Police say when troopers arrived, first responders from Coventry Fire and EMS were already on scene performing life saving measures on the passenger of a Chevrolet Silverado pickup truck.  The passenger was pronounced deceased at the scene.  The passenger has been identified as Michelle Lieberman, age 46 of Smithtown.

The driver of the Silverado, William J. Derosa Jr., age 52 of Islip Terrace, New York sustained minor injuries, according to the State Police, and he was transported to Wilson Hospital. Two children, ages 7 and 12, who were also in the pickup truck were transported for treatment at Wilson Hospital.

An investigation revealed that Derosa Jr. was traveling on State Route 235 when he failed to stop at a stop sign and struck an Alnye truck. The Alnye truck was traveling on State Route 206. DEC Spill Recovery was notified for a diesel fuel that was spilled onto the roadway. Police say the driver of the tractor trailer, 64-year-old Robert M. Anderson of Lisle, was not injured.

Alcohol doesn’t appear to have been a factor in the crash, police say.