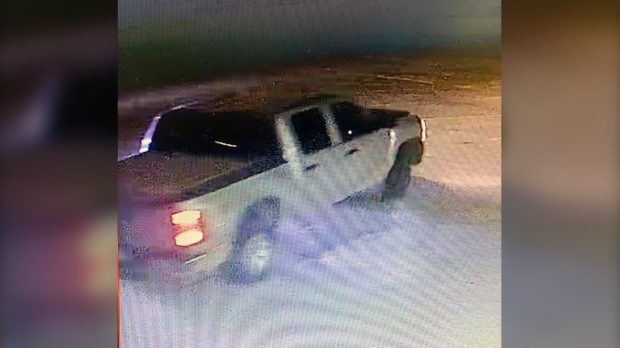 SUDBURY —
Sudbury police are requesting the public’s assistance in identifying the driver of a pick-up truck that evaded officers early this morning.

The officer on-scene says the cruiser’s lights were turned on, to attempt a traffic stop, but the truck left the parking lot and drove onto Main Street West at a high rate of speed.

The Officer maintains, in the interest of public safety, there was no pursuit.

Minutes later, police say a call was received about the same truck after the vehicle struck a fire hydrant before speeding off.

Because of the collision police say the truck will have extensive damage to the front end.

Anyone with information on the whereabouts of the vehicle, the owner, or the driver of the vehicle at the time of the incident is asked to contact police.