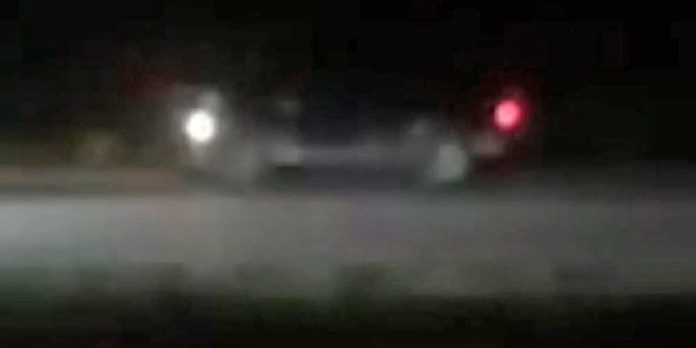 Collingwood OPP are hoping to track down the driver and possible passengers of a dark coloured pickup truck after a disturbance was reported June 18.

A caller reported the incident at 10:40 p.m. on Poplar Sideroad between Hughes Street and Portland Street. In a June 20 press release, OPP didn’t elaborate about what the incident was about.

When officers arrived, the people involved had left the scene in a pickup truck heading east on Poplar Sideroad.

Another vehicle with an orange-coloured light on the side is seen going westbound on Poplar. Officers would also like to speak with the people in that vehicle. If you have information about the disturbance under investigation, call 705-445-4321.