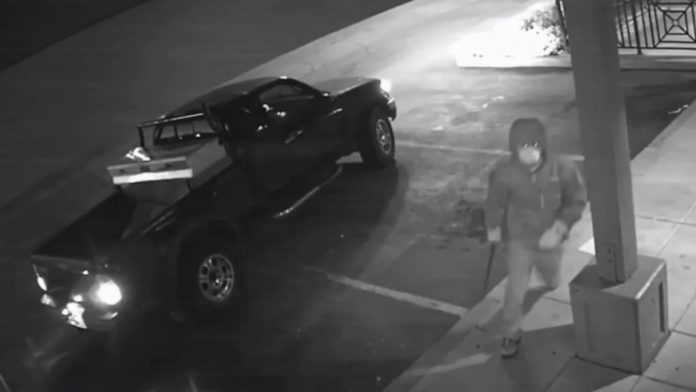 Detectives are seeking the public’s help in finding a man
who they believe vandalized eight businesses in San Jose and Milpitas.

Security footage from one of the stores shows the man
hitting several windows. He was wearing a face mask, but investigators are
hoping someone recognizes the man’s truck.

“That truck is very unique, look at the rims,” said San
Jose Police Chief Eddie Garcia. “Look at the, just at the style of the truck,
the chrome tool box that’s in the truck.”

The man in the video is seen wearing a hoodie and face
mask, hitting store windows with what looks like a crowbar, before he gets in
the truck and drives off.

He hit five stores in San Jose and three in Milpitas. Thang Le owns six of the damaged shops.

“We’re all kind of puzzled and kind of confused about why someone would want to do this, just the vandalize the stores,” said Le. “I mean, we’re all here trying to serve the community, trying to keep our employees employed.”

All the stores are Vietnamese-owned sandwich or tea shops and though most of the damage has been fixed, police are still looking for the man with a crowbar and the tricked-out Toyota truck.

San Jose police say this is being investigated as a
string of vandalism and depending on how much damage was caused, it could be
charged as a felony.

They are still trying to figure out a motive.

Man Ejected From Jeep, Then Struck By Truck In Fatal Rockland...

Investigation continues into truck vs. protesters on I35W in Minneapolis