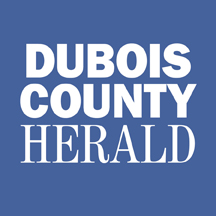 CORYDON — State police are seeking the public’s help finding a pickup truck linked to a drive-by shooting that wounded two relatives who had just finished hiking at a state park in southern Indiana.

Officers who were dispatched about 9 p.m. Wednesday to the Harrison County shooting scene found a man with multiple gunshot wounds in a Hyundai Santa Fe that had crashed along State Road 462 near O’Bannon Woods State Park.

He was airlifted to the University Hospital in Louisville, Kentucky, with life-threatening injuries, while a female front seat passenger who was also struck by gunfire and another female passenger who was not were taken to the Louisville hospital by ambulance.

Investigators believe the family of three had just left the state forest after a hike when a white Dodge Avenger pulled up behind their Santa Fe with its high-beams on, prompting the man to pull over to let the Avenger pass.

Instead, it pulled alongside and someone inside the Avenger fired multiple rounds into the Santa Fe, whose driver crashed along the highway after apparently attempting to escape.

After the shooting, officers found the Avenger abandoned in a cornfield about 15 miles away, near the Crawford County town of Carefree, where the driver had stolen a pickup truck parked at a nearby residence.

Investigators are seeking the public’s help finding that truck — a silver, 2000 Chevrolet pickup truck with Indiana registration TK667LJB. They believe more than one person may occupy the truck and they should be considered armed and dangerous.

Anyone who sees that pickup should not approach it but are urged to call 911 immediately and inform authorities of its location.