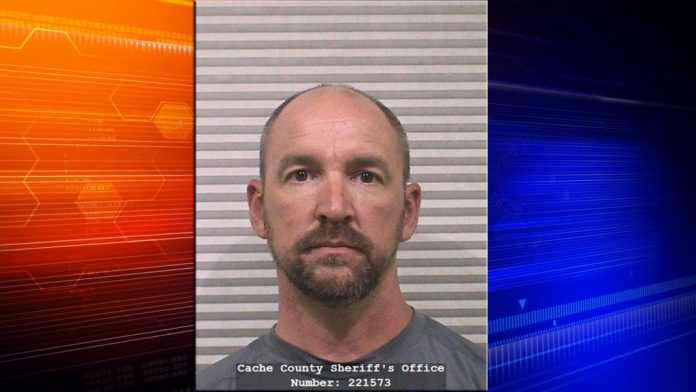 LOGAN — A preliminary hearing has been scheduled for a 45-year-old Tremonton man suspected of driving under the influence and causing a head-on crash that sent four teenagers to the hospital. The hearing for Dustin W. Andersen will be held next month, as the victim’s families continue to question how the suspect was released on bail so quickly after the crash.

Attorneys for both sides participated in a virtual hearing in 1st District Court Tuesday morning, appearing by web conference. Andersen’s attorney, Vincent Stevens explained his client was unable to attend after checking into an inpatient treatment center.

Cache County Chief Deputy Attorney Spencer Walsh asked the court to set the preliminary hearing, where a judge will determine whether Andersen is bound over for trial. He said, he had spoken with the teen’s families, who wanted to move the case along quickly.

Walsh explained how one of the teenagers in the crash, Sarah Frei, is now paralyzed from the waist down. She has also had both legs amputated and remains hospitalized.

Utah Highway Patrol troopers claim Andersen was driving a Dodge truck northeast through Logan Canyon, US-89, on the night of July 30. Near milepost 468, the truck began to skid and lose control, veering into oncoming traffic and colliding head-on with a blue Kia.

Brooke Watson, was in the front passenger seat of the car. During an interview, she recalled how the four teens had been at Bear Lake and were talking with each other during the drive home. Suddenly, they saw a white truck coming around the corner “superfast on two wheels.”

“First thing I remember was Taevey [Davis] yelling my name and making sure I was okay,” said Watson. “My seat was all the way forward and my head was against the windshield. [Davis] told me, ‘I didn’t look good.’ I looked at her leg and it was swollen. I told her, ‘Taevey your leg doesn’t look good.’ She was in lots of pain. I looked back and saw Josh [Harrison] was not in the car. I turned further behind me and I saw Sarah. She had blood all over her face and was in lots of pain, complaining about her stomach and back.”

Troopers suspect Andersen was heavily intoxicated at the time of the crash. He was also travelling well above the speed limit.

Watson didn’t see Andersen after the crash. She remembers trying to figure out what happened to her and the others, as passing motorists stopped to help.

“I just remember thinking, this just happened to me and my friends. I was just so scared for us. The car was all smoky and I just knew no one was okay. It was a really scary feeling.”

During Tuesday’s hearing, Walsh said Andersen allegedly had a blood alcohol level of 0.229 after the crash. He said the victim’s families were frustrated that the suspect was granted bail. He asked the court to place Andersen on pre-trial supervision.

Judge Thomas Willmore agreed. He ordered that Andersen will be supervised by probationers with the Cache County Sheriff’s Office and be required to wear an ankle monitor, verifying he does not consume any drugs or alcohol. He also prohibited operating any motor vehicles.

The preliminary hearing was scheduled for Sept. 22, when prosecutors will present their evidence in the case.

Andersen is charged with four counts of driving under the influence, three third-degree felonies, and one class A misdemeanor; along with reckless driving, a class B misdemeanor. He could face up to five years in prison if convicted.

The family set up a GoFundMe account to help with Frei’s medical expenses. It has already raised more $55,000 in donations.