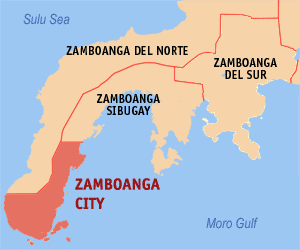 ZAMBOANGA CITY—A pickup slammed into a 10-wheel truck early on Thursday (June 25) on the national highway here, killing a priest.

Fr. Alfredo Alavado, 52, of the Our Lady of Fatima Catholic parish, was driving the pickup when it crashed into the rear of the truck carrying bottled soda, according to Maj. Edwin Duco, spokesperson of the city police.

The accident happened on the Lobregat Highway.

The truck just came out of a soda bottling plant at the village of Culianan and, taking the fast lane, was traveling to Sindangan town in Zamboanga del Norte. Alavado was traveling in the same direction.

Upon reaching the village of Mercedes, the pickup being driven by Alavado accidentally slammed into the rear of the truck, Duco said.

The impact threw the pickup into a drainage canal where Alavado was trapped for almost two hours. When rescued, Alavado was already unconscious.

The priest was rushed to the Zamboanga Peninsula Hospital where he was declared dead around 2 a.m.

“We were all shocked. Fr. Fred’s tragic death leaves us all in sadness and in grief,” Saavedra said.

Alavado became a priest in 1993. He served as chaplain of the Zamboanga Archdiocese’s hospital ministry, then served in the parishes of Calarian, Tumaga and Manicahan.

At the time of his death, he was director of the Archdiocesan Liturgical Apostolate.

Don’t miss out on the latest news and information.

Man dies in pickup crushed by falling tree during storm