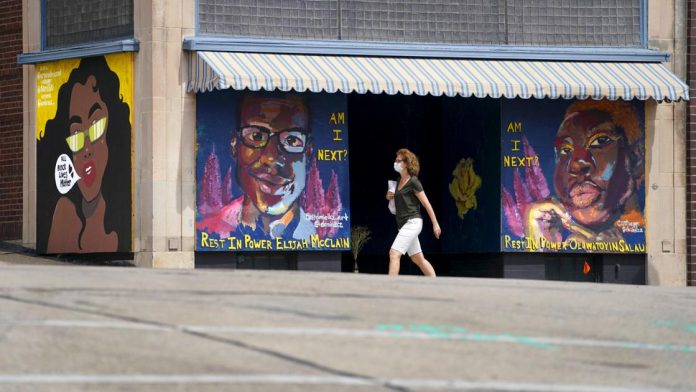 Without naming Abendroth, police said the 60-year-old told an officer that he wanted to get the artists’ names so he could report them to police.

Amira Caire said she isn’t sure if police had grounds to arrest Abendroth, but said an angry man using profanity and acting threatening toward others is at least “disturbing the peace.” She would have liked to see police escort him back to his home and remain in the area to ensure he didn’t come back.

“They didn’t really do much of anything at all,” she said of police. “We were just upset that we didn’t feel protected.”

It was a “racially motivated attack based on who is acceptable and what is acceptable,” she said. “It was not freedom of speech and it was not left to interpretation. … It was wrong and it was aggressive and it was harassment.”

In Facebook posts, Peyton Caire said Madison police “failed to protect my kids and their friends,” and “White Privilege and its delusional precursor of constructed White supremacy are UPHELD AND ENCOURAGED in every system in which we operate, and PROTECTED & ENFORCED BY THE POLICE.”