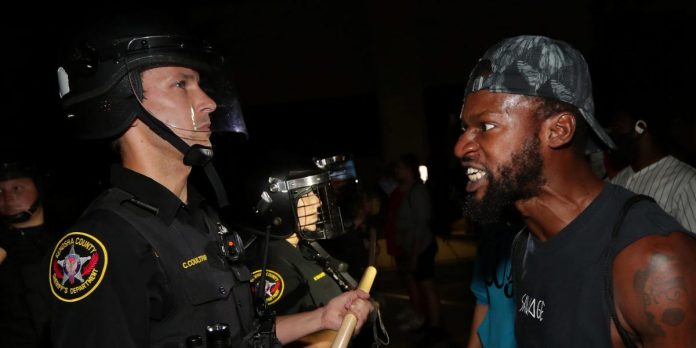 As Black Lives Matter protests continue across the country, Kenosha, Wisconsin became the new epicenter for the fight against the unjust shootings against Black Americans at the hands of police.

Protesters have demonstrated against police brutality in Kenosha since the death of George Floyd, a Black man who was killed by a Minneapolis police officer who knelt on his neck for eight minutes in May. One was held in front of Kenosha County Courthouse on May 31, a few days after Floyd’s death.

Nearly three months after the Floyd protests began, demonstrators gathered at the same courthouse frustrated after another unarmed Black man, Jacob Blake, was shot by police officers in the back on Sunday.

Here’s a look at what happened.

Holy cow! Watch as an 18-wheeler tips over, spilling out livestock

Vets at VA get a Father’s Day concert – Wilkes Barre...