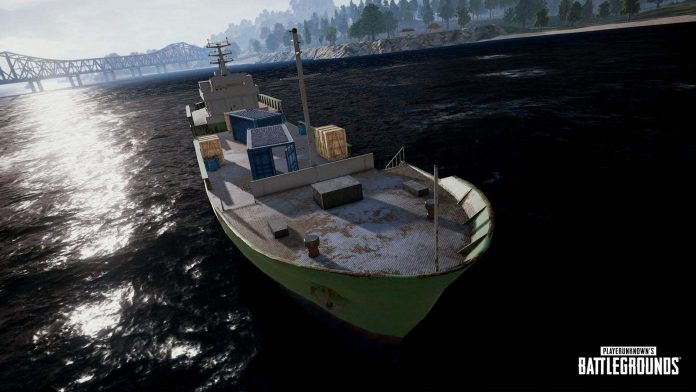 PUBG update 8.3 has finally made its way to PC live servers, with new additions like Erangel ferries, the Jammer Pack Item and more. Read the full patch notes below courtesy of a post on the game’s official subreddit.

For those of you wondering what the new docks on Erangel were all about since we added them last update, your ship has come in!

Two new Ferry lines will now carry passengers across the water from Southern Erangel to Sosnovka Island and back. There’s a total of four ferries that make round trips throughout the game for those of you not feeling lucky enough to yolo it across the bridge.

We’ve been teasing the Jammer Pack for a while, and it’s finally making its Battlegrounds debut! The Jammer Pack allows you to prevent Blue Zone damage for a short time at the expense of level 3 bag space. For now, the Jammer Pack will only spawn rarely on Sanhok and Karakin in Normal and Custom Matches.

Up until now, assists were only tracked during the recap of Ranked Mode matches. Now we’re expanding upon its visibility and adding it to Normal Matches as well, with new UI elements added to show when your assists happen.

Assist UI and messaging has been added to Ranked Mode, Normal Matches in Duos/Squads and team modes in Battle Royale Custom Matches. The current assist system for TDM will remain unchanged.

We’ve added a visual indication for when your squad mates are attacked by enemy players. This will help teams react more quickly to allies under fire, especially those not using voice comms.

Sound is a crucial factor in PUBG’s gameplay, realism, and fun and the PUBG Sound team has been looking for places to increase this quality further. One place we’ve targeted is improving weapon sounds to try and bring them as close to realistic as possible. To this end, the sound team recently updated the weapon sounds of the M416. However, we’ve received a large amount of feedback that these new sounds are not up to the standards and goes against the familiar gameplay experience you expect.

With the above in mind, we’ve made additional improvements on the M416 sounds. We hope these new changes are more to your liking, and will be monitoring your feedback. Our goal is to provide the highest quality and most realistic gameplay sounds for you, so you can rely on the best gameplay experience and fully immerse yourself in the Battlegrounds.

Train your skills while matchmaking

Players will now have the option to join Training Mode while waiting for their Ranked Match queue. About 30 seconds after your queue begins, you’ll be given a popup asking whether you want to stay in the lobby or join Training Mode.

This is a good, completely optional way to warm up and pass the time before getting into your Ranked Match.

In an effort to make our friend system easier to use and a better place for all things social, we’ve revamped the system into a brand new Social Page. Here you can see your friends list, people you’ve recently played with, etc.

Have a quick click around the Social Page next time you’re in-game to discover how it all works.

Store featured page has gone through an overhaul to provide a better experience. Browse and interact with the new featured page!

The replay system has been updated. Replay files from previous updates are now unable to be used.

As girthy as these patch notes appear to be, the biggest changes in update 8.3 include Erangel ferries, the Jammer Pack and some fairly minor destructible enhancements to Miramar. With the new ferry system, players will be able to make it around the map more easily without necessarily compromising strategy. Given that the boats sound a horn before they leave, there’s plenty of risk in attempting to use one. It could help you escape a particular hot zone, but it might also signal your whereabouts to eager campers.

Something less sensible, though, is the Jammer Pack. This item is essentially a ripoff of the Gas Mask in Warzone. While in practice a circle damage deterrent sounds reasonable, it’s less important in PUBG where that kind of penalty isn’t quite as devastating. Thankfully, though, given how rare these Jammer Packs seem to be, they shouldn’t disrupt gameplay balance too much as players experiment with them. On the other side of the pond, we’re extremely happy that haystacks on Miramar are finally able to errode. Destructible scenery has been a great addition to PUBG, so any way that mechanic can be expanded is much appreciated. As a late-season patch, PUBG update 8.3 certainly doesn’t reinvent the wheel, but it does add some interesting wrinkles to the maps players know and love.

PUBG is available now on PC, Xbox One and PS4.

What are your thoughts on PUBG update 8.3? Do you like the ferry and Jammer Pack? Tell us in the comments section!