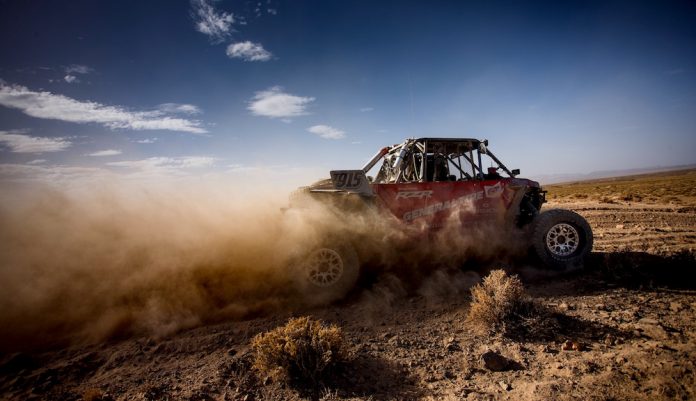 For years now, many in the off-road racing world have tried to deflect their own future. Admittedly, I was one of the naysayers clinging too long to established norms that built the sport. Despite the overwhelming surge of factory interest and the relentless march of technical progress, many of us were shortsighted in seeing the ultimate potential of the high-performance UTV world.

Today it’s safe to say that those people were wrong. So was I.

Following a time-honored blend of production products built by manufacturers like Polaris, Can-Am, Yamaha and Honda getting bolstered by the potent engine of high-performance aftermarket tuners, the exploding UTV racing market now sits on the brink of overtaking every off-road sanctioning body and major event around the world. From Dakar to Baja to the American Midwest, the side-by-side invasion is casting its long shadow over us all, with huge fields of off-road newbies and veterans catching a new wave of enthusiasm.

Some backstory is needed here. Decades of living the off-road motorsports lifestyle as a journalist, racer and team entrant have afforded many opportunities to test and race a huge variety of desert and short course machines. It’s a rare blessing for a blue-collar racer like me. So, there was no denying the offer when race veteran and multi-platform content producer Jim Beaver asked me to join his team as a driver for the recent 2020 Best-In-The Desert Maxxis Vegas to Reno race.

Jim’s invitation was the motivation. The time had come to experience what was behind all this side-by-side (as many prefer to call the high-performance UTV world) excitement the only way I know how – to go out and race one.

Arriving in Las Vegas for pre-race registration and tech inspection, two things were obvious. The first was the somewhat sobering feel brought on by today’s COVID-shaped alternate universe. Sin City is but a masked and plexiglass shell of its debauched self. The usual pre-race family reunion of race teams and industry types was replaced with awkward face covering reveals and elbow kisses. It was obvious that everyone was happy but trying to make do, especially an overworked BITD staff that overcame a hard-fought political battle just to get us there.

That aside, the sight of so many showroom-prepped race trucks, cars and side-by-sides was a welcome respite to 2020. BITD had managed to execute its more modest Silver State 300 back in June, but a gnawing sense that racing in Baja for the latter half of this season is in jeopardy clearly drove the entry list to record numbers.

This was really obvious in a Pro UTV Turbo category that also listed our #T-915 General Tire/Vision Wheel Polaris RZR. We faced a massive field of 53 entries, including factory efforts from Polaris and Can-AM. The Jim Beaver-led racing team was 20 members strong in its quest to conquer the longest off-road race in the United States, a 514-mile odyssey traversing the arid western Nevada desert.

Darkness falls in the desert, but there are still many miles ahead for the General Tire/Vision Wheel Polaris RZR. Josh Tons

Joining our driving trio was popular Ford racer Steve Arpin, an off-road first-timer willing to set aside all he has gleaned from the snowmobile, NASCAR and rallycross arena to see if an injection of desert racing would be the gateway drug for his next motorsports addiction. The plan was for Beaver and co-driver Josh Grenwalt to take the green flag and run to Pit 5 at Race Mile 204 before handing the car to Arpin and our co-driver Bryant Shontz. I was slated to take the final stint from Pit 10 at Race Mile 369 to the finish near Carson City, Nevada, a section we knew would take place largely in the dark desert night.

Confronting an oppressive heat wave that hit 130 degrees in nearby Death Valley a day after the race, an investment in another new off-road racing trend seemed more than wise. The hobby-centric world of desert motorsports is somehow just now discovering that extreme hydration goes well beyond a trip to 7-11 for aqua blue Gatorade. Leading this awareness is veteran racer Julie Boyer, who now provides medically supervised prerace treatments via her Finishline IV Hydration company. It took about 45 minutes to sit and have 1000ml of a special solution known as the “Podium” drip into my system. I was a bit skeptical, but the thought of losing concentration and then speed was as lingering as the furnace blast of heat facing us the following day and night.

In the same hotel suite sat newly-hired Chip Gannasi Racing Extreme E racer Sara Price with boyfriend and motorcycle superstar Ricky Brabec. The discussion was not pre-race strategy. For some reason, she was in a deep conversation about the intricacies of synchronized swimming. It was a seriously serene moment in a trip already full of them.

Brebec won the overall motorcycle title the next day while Price took 13th in the unlimited truck class, so maybe there was something to this whole hydration thing.

That afternoon, Beaver’s handsome red Polaris RZR and I met for the first time. The intriguing race car represented what a $100,000-plus budget can provide anyone interested in experiencing desert motorsport’s newest entry point. Upon inspection, the Polaris XP Turbo built to BITD Pro Turbo side-by-side category specs was a hybrid of purpose built and production parts, a combination harking back to the sport’s earliest days. The suspension, cooling systems and King shocks were pure racing aftermarket, but the engine, transmission and differentials as well as the lower chassis pure Polaris.

It wasn’t so long ago that the loudest critics of the early-modified Yamaha Rhinos slapped them with the insulting moniker of “golf cart.” What started as long-travel suspension kits and high-performance exhausts bolted to what were essentially motorcycle-powered farm tools have morphed into cars like Beaver’s.

Accessing the Polaris through the car’s IMG Motorsports-built chromoly cage, the interior was as familiar as most modern off-road machine I have driven. The interior held a digital dash, GPS, intercom and BITD-mandated tracking system. Harking back the car’s roots, starting the RZR’s 1000cc, 190 horsepower production-based engine was by key, not push-button. An enthusiastic Arpin had already taken a few laps around a short, mostly flat loop. It was my turn, and it didn’t take long to realize that a successful stint behind the wheel would be as much about amount vehicle management as speed and experience.

For years, much of the talk swirling around racing RZRs has been focused on the belt drive and clutch system. This aspect to side-by-side racing was immediately evident in dashboard’s belt temperature gauge and LED alarms. A friend also told me to forget about left foot braking (too much pressure could lock up the drivetrain and throw the belt), as well as not using full lock in the steering system (same thing) and that the electric power assist could rather harshly transfer bump steer back through the steering wheel.

That advice was in back of my helmet, but the fun of driving an all-wheel off-road car for the first time was also new. Instead of using the rear of the Polaris to rotate through the corner, the RZR took a more point and shoot technique. I sucked at it frankly, but hoped things would get more natural and faster during the race.

Blessed with a wide toothy grin and just the right amount of swagger, Arpin is motorsport’s version of Luke Bryan. Reaching our pit for the driver change and fuel, he bounced out of the Polaris like a giddy groupie. “Man, you bastards have all the fun… this is insane,” he shouted to me as I pretended to stick a needle into his arm.

The spec sheet for side-by-side UTVs like Beaver’s Polaris show how far this segment of off-road machinery has come. Josh Tons

As Shontz and I wheeled the #T915 into a dark Nevada night illuminated by a gaggle of Rigid Industries Led lights, the only job at hand was to finish the race. Class winner Phil Blurton had been there hours before thanks to some mechanical glitches besetting our effort, but that took little away from the prospect of our team completing America’s longest desert race. It took time to adjust to my co-driver’s world rally style of navigating, as well as retraining old habits made obsolete by the car’s all-wheel drive handling. While the production General Grabber A/TX tires were up to the task in terms of grip and puncture resistance, it also took a newer driving style to properly negotiate deep ruts made by 40” unlimited race tires with our smaller 31” rubber.

We suddenly came upon a truck and buggy stuck in one the courses infamous silt beds. It took a few minutes to drive around the blockage, but we lost the front drive due to an electronics issue in the process. A few miles later disaster struck again as the car also lost high gear. We managed to limp the car in low gear back to our team’s pit at Race Mile 436. Knowing the toughest and most remote mileage stood between us and an official finish, the painful decision was made to put the wounded Polaris on the trailer.

As it should have been, the first concern was for Beaver, his team and if I had mistakenly caused our disappointing DNF. Bryant and my host assured me I had nothing to do with it. In the midnight drive to our hotel in Carson City came the normal post-race reflection of a day now past. Despite some advancing years, the raw satisfaction of high-performance off-road driving hasn’t wavered. Not even a little bit. Sure, the eyesight is a bit less crisp, as are the reflexes.

At the same time, it is also clear that the UTV phenomenon is still in its infancy. Racing one is a compromise compared to other more refined experiences of the past. That doesn’t matter. The desert racing world has a new and vibrant portal, one that to many is a far more attractive than the stock truck and VW-based entry points of old. Credit needs to be given to Polaris for their vision of truly embracing the culture and building products that spoke to our audience, a path now taken by so many of their competitors.

One thing’s for sure. These aren’t golf carts anymore.

What kind of truck should we buy to pull our horse...

Pickup swerves into motorcycle on I-25 in apparent road rage