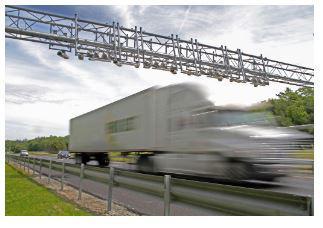 Gov. Gina Raimondo and House Speaker Nicholas Mattiello have been subpoenaed to testify in the trucking industry’s long-running lawsuit against the state’s tractor-trailer toll program.

The subpoenas, served Thursday by lawyers with the state attorney general’s office, order Raimondo and Mattiello to answer questions in depositions from the plaintiffs’ lawyers, according to court documents. A similar subpeoana was served to State Rep. Stephen Ucci, D-Johnston, Friday.

The move to take depositions from top Democratic leaders involved in passing truck-toll legislation in early 2016 came after U.S. District Judge William E. Smith denied the state’s latest effort to throw out all or parts of the trucking-industry case.

On Monday, Smith ruled against a state motion arguing that truck tolls are protected from challenge under the constitution’s Commerce Clause by a 1991 surface-transportation law.

In his decision, Smith wrote that while the law gave states new discretion to toll for road improvements, it did not protect tolling programs from allegations they are discriminatory.

“It is true that Congress in the [Intermodal Surface Transportation Efficiency Act] expressly authorized a state to allocate toll revenue for purposes other than those related to maintenance of the toll facility,” Smith wrote. “However, this language, along with the other provisions of ISTEA, does not evince an ’unmistakably clear’ intent by Congress to completely shield state highway tolling activity from Commerce Clause challenges.”

Smith also denied a bid by the state to exclude a series of news stories featuring comments from truck-toll proponents about their rationale for the program from the record.

Smith wrote that comments from state leaders in the 2015 and 2016 debate over truck-toll legislation would be relevant if the leaders in question were not available to testify in person.

Asked whether Mattiello planned to fight the subpoena, spokesman Larry Berman wrote that “the Attorney General’s office accepted the service of the subpoenas and the office will respond accordingly.”

The Journal was awaiting response from Raimondo Friday evening.

It was not immediately clear why Ucci was the only other lawmaker subpoenaed, but he is a member of Mattiello’s leadership team and argued in favor of the tolls during the House debate.

“The tolling relies on 60-percent revenue from out-of-state trucks who would have never paid to come through this state,” Ucci, D-Johnston, said in the 2016 floor debate. “If they avoid, good, it is less of a toll on our roads.”

The American Trucking Associations, convenience-store chain Cumberland Farms and two trucking companies are suing to dismantle the state’s truck-toll network, which they argue is an unconstitutional barrier to interstate commerce by discriminating against out-of-state companies.

In March of 2019, Smith dismissed the truck-toll lawsuit, writing that the tolls were a form of state tax protected from federal interference by Congress in the Tax Injunction Act.

But the First Circuit Court of Appeals reversed the decision and sent it back to the District Court.

Driver killed when tree fell on pickup truck is identified