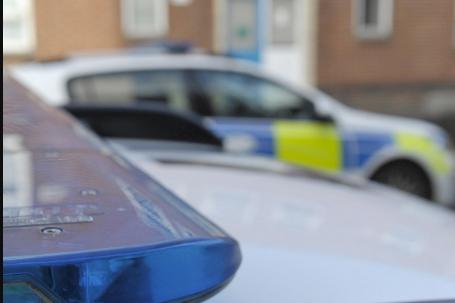 Criminals used a fork lift truck and a car to smash their way into the Co-op in Barnby Dun in the early hours of this morning, to steal a cash dispensing machine.

A South Yorkshire Police spokesman said: “Officers in Doncaster are investigating following a ram raid at a supermarket in the Barnby Dun area in the early hours of this morning (Saturday 4 July).

“Just after 3.15am, it was reported that a forklift truck and a car had been used to force entry into the Co-op store on High Street.

“A cash machine was removed from the store.

Central England Co-op only opened the store, their first store in Doncaster, at High Street, Barnby Dun, on Friday.

Bosses at the firm, which has over 200 shops nationally, had said they expected it to create between 20 and 30 jobs when they announced it earlier this year.

But the pub had been closed for two years and Doncaster Council planning officer Alicia Murray had said the building in its current form was ‘somewhat of an eyesore’.

Bosses had worked to open the store despite the current restrictions caused by the Covid 19 lockdown.

Store manager Neil Holmes had said of the opening on Friday said: “We are delighted that we will finally be opening the doors and welcoming the community into our brand new store in Barnby Dun.

“These are not the circumstances that we ever imagined launching this fantastic new store in, but we are looking forward to being there with the vital food and essentials locals need in these uncertain times and to being a part of a great community in Barnby Dun.”

A lifesaving defibrillator had also been installed.

Drunk driver arrested for the 5th time after rear-ending semi in...

Two trucks collide after slamming the brakes to try and avoid...

Salvation Army rolls out food truck for needy in Portsmouth –...