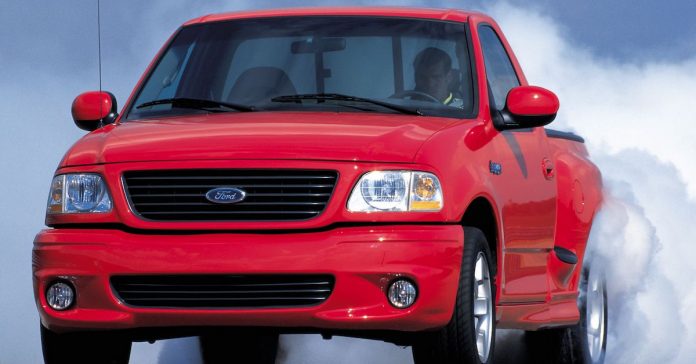 Pickup trucks have become an integral part of the American automobile landscape. The practical features and rugged mechanics of these dependable engines have made them a bestseller in America.

Over the years, pickups have become the favorite vehicle of choice among farmers, workers, and officers in the military. Therefore, it is safe to assume that trucks play a crucial role in making America what it is today.

With gradual changes in truck engineering, these trusty vehicles have transformed from being workhorses to lifestyle vehicles. Engineers have also realized that the heavy-duty axles and the durable chassis of trucks make them an ideal base for powerful engines. This means that while trucks can handle strenuous work, they can also manage the pressures of aggressive acceleration.

Here is a list of the 15 best muscle pickups that deliver extreme power while ensuring comfort.

The Ford F-150 Tremor was released in 2014; however, everyone forgot about the truck after the launch of the latest Raptor. The F-150 Tremor is equipped with a hot rod F-150 that can generate 365 hp with the help of the 3.5-liter Eco-Boost engine. The truck comes with a few suspension tweaks and a massively improved visual appeal.

Produced between 2004 and 2006, the Dodge Ram SRT-10 is one of the craziest and fastest pickup trucks out there. The powerful 8.2-liter V10 engine ensured the vehicle took less than 5 seconds to reach speeds of 60 mph. The impressive fuel economy and the practical interior is another reason why people like this truck.

This is an exciting vehicle that comes with a strange name. The X-Runner is renowned for its improved handling and excellent driving mechanics. The car is equipped with a 4.0-liter V6 engine that can generate 236 HP which can increase to 305 HP with the help of a supercharger.

In the late ’70s, automobile manufacturers were struggling to meet the demands of their fans due to the strict laws imposed by the EPA. However, Dodge engineers were successful in making the last “Adult Toy” model thanks to a loophole in the EPA law. The engineers made some changes to the Police interceptor engine approved by the EPA.

The 1970 Chevrolet El Camino boasted of the most potent engines assembled in a production car. The 454 CID V8 was capable of producing 450 HP and 500 lb-ft torque. The El Camino was also renowned for its F41 performance suspension and cowl induction. The dual power disc brakes and exhaust were also impressive.

The addition of a gigantic airflow meter allowed engineers of the SVT to draw out an additional 20 hp and 10 lb-ft of torque from the V8. The supercharged engine could generate 380 hp, which was the highest in the whole of America during the period. The sturdy Bilstein shocks improved the suspension and made it more truck-like.

Most muscle trucks producing during the ’90s followed the simple formula of dropping a powerful engine under the hood. The GMC Syclone, however, did things differently by also focusing on speed and efficiency. The turbocharged V6 engine could generate 280 hp while the sophisticated AWD mechanism ensured durability and efficiency.

RELATED: 10 Pickup Trucks From The ‘90s That Aged Well (And 5 That Are Worthless)

While the usual Dakota was equipped with a four-cylinder V6 engine, the Shelby had a 5.2-liter V8 that was capable of producing 175 hp. The Shelby Dakota boasted a heavy-duty suspension that was considered unique back in the day. The Shelby could reach 60 mph in less than 8 seconds.

The ’90s was host to a wave of powerful and menacing car models. For example, one such vehicle was the mighty 454 SS. Manufacturers of the car sought to fit the most potent engine on the lightest pickup. The powerful 7.2-liter V8 engine could generate 230 to 255 Hp.

Preceding the 2017 edition was the 2010 F-150 Raptor. This truck earned the title of being the most capable off-road vehicle that came with an engine of 5.4 L V8 generating 310 hp under the hood. The company also added a 6.2L V8 option for customers looking for an even more powerful experience.

RELATED: Ranking The 10 Best Ford F-Series Models (And The 5 Worst)

By the late 2010s, manufacturers started adding finesse to the brute power they already possessed. The already powerful twin-turbo V6 engine became even more menacing with the installation of smart software such as the Terrain Management System or the AWD modes. This made the F-150 Raptor a complete truck made for all audiences.

The Toyota Tundra Supercharged comes with a promise of long-term reliability thanks to its excellent mileage and efficient driving mechanisms. The power horse combines the elements of power found in other vehicles with style, comfort, and efficiency to provide the users with an unforgettable experience, though most won’t be able to tell from looking at its exterior alone.

The Ranchero was conceived by Ford in the late ’50s. The truck became a fan favorite instantly as it offered practicality and excellent drivability. In the late ’60s, Ford added the most potent engine to the Ranchero line and consumers who choose the package were rewarded with one of the fastest vehicles on the planet.

The Mercedes G-Class has evolved over the years to become one of the most potent trucks of all time. The truck was released in 1979 and is to this day a perfect representation of technical perfection and uncompromising exuberance. The truck’s dimensions give it an unforgiving look while providing it with excellent ground clearance and depth.

This iconic truck is America’s favorite pickup, as it has appealed to the masses since its launch. The car looks particularly cool in its dual tones. Also, it brings back memories of the early ’70s thanks in large to the unmistakable grille. The F100 came with a 390 ci V8, which was big, powerful, and befitting of the classic truck.

NEXT: Ranking The Most Underrated Sleeper Cars Ever Produced


Next
14 Reasons Owning A Classic Muscle Car Is Overrated

Motorcyclist dies after colliding with pickup truck in Belvidere