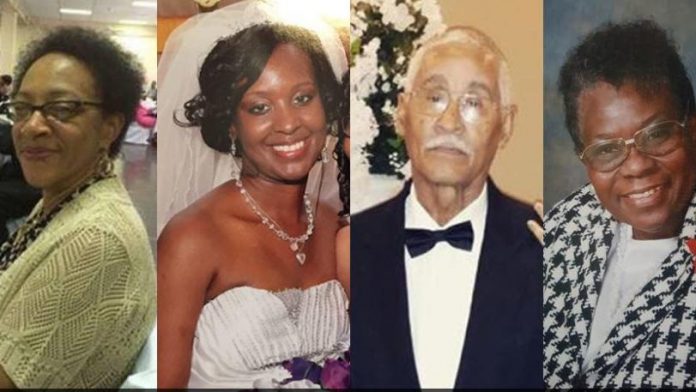 “He rushed to aid [the victims], and sincerity of his extreme remorse is established by everyone to whom I have spoken,” Baskervill said.

Defense attorney Bobby Howlett Jr. also noted after the hearing that his client was drug- and alcohol-free at the time of the crash, was not speeding, did not make any erratic lane changes and had not been driving long hours without rest when the wreck occurred about 6:45 p.m. May 28, 2019, on U.S. 460 at Cox Road in Dinwiddie.

Howlett said a vehicle directly in front of Allen “quickly and abruptly changed lanes, and he was confronted with a church van stopped right in front of him. He hit his brakes, rear-ended the van and, tragically, four people were killed. My client ended up against the guardrail, and he ran back and started aiding people that were hurt in the van.”

In addition to the four killed, seven were injured.

Allen was driving a Ford F-450 truck and pulling a trailer loaded with metal when police said he struck the church van from behind as it was slowing on U.S. 460 to turn toward the parking lot of Mount Zion Baptist Church in Dinwiddie, where members were headed to attend a revival.

The impact caused the van to overturn several times before it came to rest on its side on the right side of the highway. Allen’s truck ran off the left side of U.S. 460 and struck a guardrail.

Protecting those who protect the city – Albert Lea Tribune

Whoops! Truck goes in the drink at marina