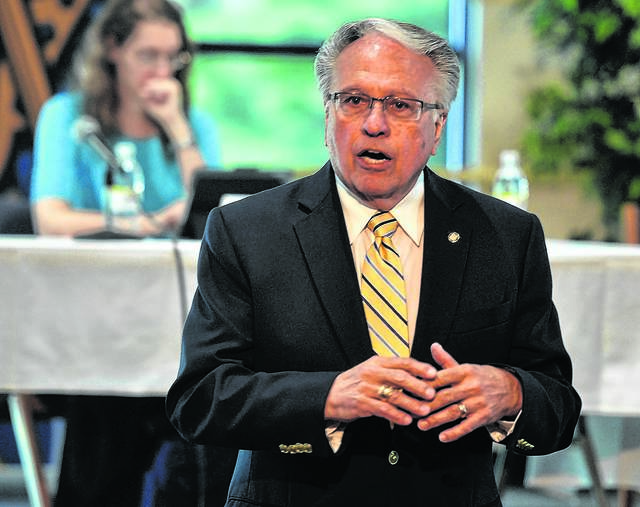 WILKES-BARRE — State Rep. Eddie Day Pashinski, D-Wilkes-Barre, has requested that the Department of Health find an alternate location to the Mohegan Sun Arena in Wilkes-Barre Township for its drive-through COVID-19 testing site, which is scheduled to open Sunday.

“I have requested that the Department of Health and the Pennsylvania Emergency Management Agency meet with, and address the concerns of our local officials before making a final determination on the location of their testing site,” Pashinski said. “It is imperative that I emphasize the concerns of Wilkes-Barre Township’s officials and residents about the possibility of those being tested possibly having access to many commercial sites within a half mile of the arena. Their concerns are legitimate and demonstrate a sincere sense of fear of the expansion of this virus to themselves, their families and their neighbors and deserve to be addressed.”

Township Mayor Carl Kuren, Administrator Michael Revitt and Zoning/Code Enforcement Officer Thomas Zedolik said that they oppose the arena as a testing site. They said the state has not contacted the township about using a facility located in the township in a high traffic area.

“We’ve expressed our concerns to just about everybody,” Revitt said. “Our fear is that this testing site will cover a 10-county area. When people come off of Interstate 81 and they see a Super Walmart, a Wegmans, a Sam’s Club, many will shop in those places after being tested. What happens if an outbreak occurs in one of those stores? Hundreds of hard working people will be affected, as will thousands of customers who depend on those businesses.”

Zedolik said his responsibility is to protect the public health.

“The attitude has been that they are going to establish this like it or not,” Zedolik said. “Testing is needed, but not at one of busiest retail sites in NEPA.”

Pashinski said state officials emphasized that the arena is not intended to be a mass testing site and that it would be used for prioritized testing for first responders, health care workers and those experiencing symptoms of the virus.

He said officials reiterated that anyone seeking a test must first answer a series of questions that would determine the approval or rejection of the applicant. If the applicant qualifies for the test, they would be tested and then be considered in isolation status and must return directly to their residence and remain in isolation status until the test results are completed and verified.

Dr. Brian Marien, a private practice vascular surgeon with privileges at Wilkes-Barre General Hospital, lives in Bear Creek and he said he has seen between five and 15 vehicles on Route 115 with New York or New Jersey license plates. He said he has been calling the governor’s office and the Department of Health to urge them to monitor or halt the traffic, which he feels has contributed to the sharp increase in COVID-19 cases in Luzerne County, specifically the Hazleton area.

Marien said in China when outbreaks occurred, lock downs were ordered and masks were worn, limiting the spread of the diseases. He said the same ,measures should have been taken here.

“And now they are establishing a testing site at Mohegan Sun Arena for people from a 10-county area,” Marien said. “These people will come here and they will use rest rooms, gas stations, grocery stores and what do you think will happen? And we won;t know about it for two to three weeks.

“We are in a lockdown, but we are telling people to leave their county and come here. They are not going to come here and just turn around and go home.”

Marien then said, “It’s a joke; it’s hypocritical. This is not social distancing.”

Phoenix food truck getting ready to serve meals at an Arizona...