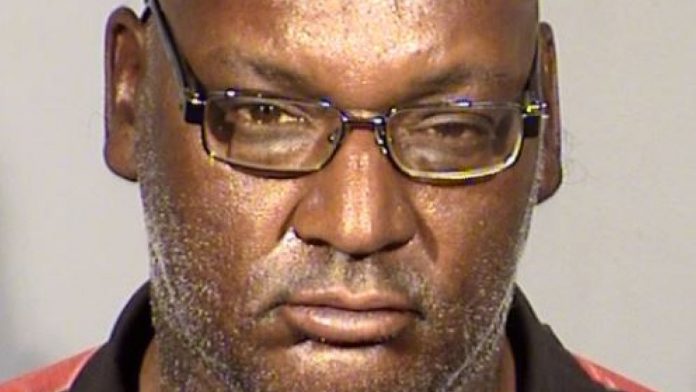 LAS VEGAS (KLAS) — A man accused of causing a deadly traffic crash Sunday night was driving under the influence, according to an arrest report released Monday. It happened around 10:11 p.m. on S. Decatur Boulevard, north of W. Flamingo Road.

According to the report, the driver identified as Kevin Robinson was traveling on S. Decatur, approaching W. Flamingo in his Dodge Ram 1500 when he hit the wheelchair, causing the victim, Arthur Green, to be thrown from his wheelchair into traffic. Metro Police said Robinson’s vehicle ran over Green and dragged him.

Green was taken to University Medical Center. His condition was critical. When officers arrived at the scene, they smelled alcohol on Robinson’s breath.

According to the report, Robinson told officers he was leaving Smith’s grocery store and heading back to an auto repair shop located at Flamingo and Arville. He told police that before he left Smith’s parking lot, he drank two 12-ounce bottles of Modelo beer. He said he had one at 7:30 p.m. and one at 8:30 p.m.

The report said Robinson bought a 12-pack of beer, a fifth of vodka, and other miscellaneous items.

Green died at the hospital, and Robinson was taken into custody for DUI resulting in death.

Man quoted £900 to renovate kitchen does it himself for just...