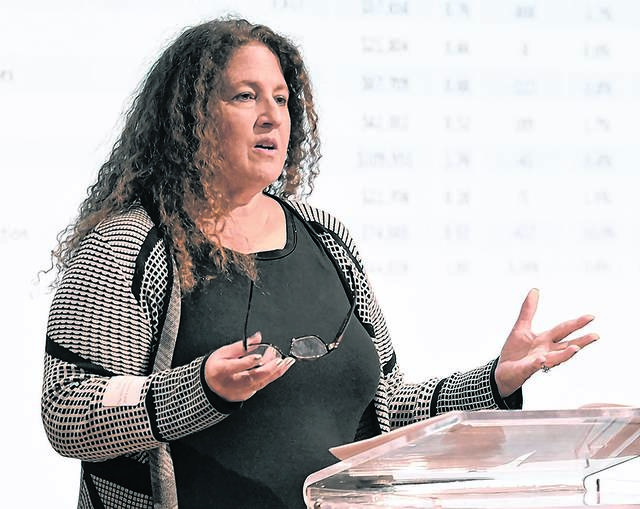 WILKES-BARRE — Northeastern Pennsylvania generally remains a safe area for a region with its size and socio-economic characteristics, and by some measures it is getting safer.

THat statement comes from the 2020 Indicators Report compiled by The Institute for Public Policy and Economic Development at Wilkes University.

“In both Luzerne and Lackawanna counties, property crimes have dropped to the lowest levels in the past decade, driven largely by falling numbers of burglaries and larceny theft offenses, said Teri Ooms, Executive Director of The Institute. “Property crime like burglary and theft are often associated with drug addiction. Drug abuse offenses, however, have risen as the region deals with the fallout of substance abuse disorders — particularly those specific to heroin, fentanyl, and methamphetamine.”

Ooms said the public safety indicators in the report identify important statistics for Lackawanna and Luzerne counties, as well as the Commonwealth of Pennsylvania. She said these statistics are used to evaluate the health and efficiency of safety services. They include crime rates, drug-related offenses, vehicle crashes, Driving Under the Influence (DUI) offenses, alcohol-induced crashes, domestic violence offenses, and police officer and fire department statistics.

Generally, Ooms said, this section of the report includes indicators which help measure the quality of life in Pennsylvania as well as in Lackawanna and Luzerne Counties.

“A low crime rate typically makes an area attractive to potential residents and businesses,” Ooms said. “Additionally, it is an indicator of the social well-being of a community because crime is inter-related with other social, economic, and public health problems such as unemployment, poverty, and substance abuse.”

“However, this effort can be rewarding in terms of quality of life and economic success,” she said. “Strong public safety, social service, educational, and health care infrastructure working together with government and community members are integral.”

Ooms said the report shows that violent crime statistics have been uneven in recent years. In 2018 preliminary data, Luzerne County saw the total number of violent crimes fall to the lowest it has been in a decade, after a jump upward in the previous year. Violent crime increased considerably in Lackawanna County in 2018, though the dramatic rise may be the result of differences in reporting or categorization of certain offenses. Additional research is warranted.

“This is a difficult phenomenon to measure,” Ooms said. “In this report, it is defined as the total number of family offenses as noted in the Uniform Crime Reporting System. Offenses against children and family include abuse and cruelty to spouses, children, and other family members; child and spousal neglect and desertion; and nonpayment of child support and alimony.”

Ooms said statistics for 2018 showed increases in both counties, while the statewide number of reported family offenses grew to the highest it has been in at least a decade.

Andrew Chew, Senior Research & Policy Analyst at The Institute said one implication of the statewide stay at home order is that victims of child or domestic partner abuse spent more time at home with their abusers, and fewer opportunities to seek help.

“After schools closed, child abuse reports called in to Childline dropped,” Chew said. “This doesn’t mean that child abuse stopped during the shutdown, but that potential reporters like teacher and health care providers did not have the opportunity to observe and report potentially abusive situations. It is too soon to tell, however, what the crime and public health data will tell us about the impact of COVID-19 on family abuse.”

The police presence in a community can be closely correlated to its crime statistics. Though in many cases more police resources contribute to lower crime rates, the number of reported offenses sometimes increases as a result of more enforcement.

Although current county-level data for the total number of law enforcement officers was not available, historical data indicates the overall growth in both counties’ police resources was being driven more by an increase in part-time officers.

Back in 2010, Ooms said The Institute worked with the Pennsylvania Economy League on a study about regional policing and advocated for this approach to public safety. The study findings indicated that communities with consolidated police departments experience lower costs than traditional police departments.

Ooms went on to say that another factor, equally, if not more important, is that the quality of police forces with full-time officers is much higher than with part time officers.

The study can be found on The Institute’s website at https://institutepa.org

Motor vehicle crashes can unfortunately result in fatalities and injuries. In Luzerne County, the share of crashes resulting in fatalities or injuries has declined since the prior year, while Lackawanna County showed a slight increase.

Ooms said alcohol-related and pedestrian crash fatalities in Lackawanna and Luzerne Counties grew in the most recent data. While motor vehicle accidents may be nearly impossible to completely eliminate, improved education, enforcement, and infrastructure can significantly improve public safety.

The reports found there were 104 fire departments in the two-county region as of early 2019.

“Anecdotal evidence suggests that some fire departments in Pennsylvania are experiencing difficulties recruiting and retaining volunteers,” Chew said. “There were 3,152 volunteer firefighters in the two-county region in 2019, comprising about 86 percent of the area’s total firefighting force.”

Chew added that school safety incidents include a range of misconduct. He said a large share of incidents involved fights, disorderly conduct, minor altercations, other harassment or intimidation, bullying, and possession or use of tobacco or controlled substances.

In the 2018-2019 school year, there were 728 documented school misconduct incidents in Lackawanna County and 1,260 in Luzerne County. This represents a 34-percent increase from the previous year for Lackawanna County, and a 52-percent increase for Luzerne County. Statewide, school misconduct incidents increased by nearly 20 percent. Due to the across-the-board nature of this trend, it is unclear to the extent which these trends represent increases in actual misconduct versus changes in definitions or reporting procedures.

Here’s Our Favorite Midsize Truck Of 2020

2020 Wingham Beef Week results have Wallawong on top | The...