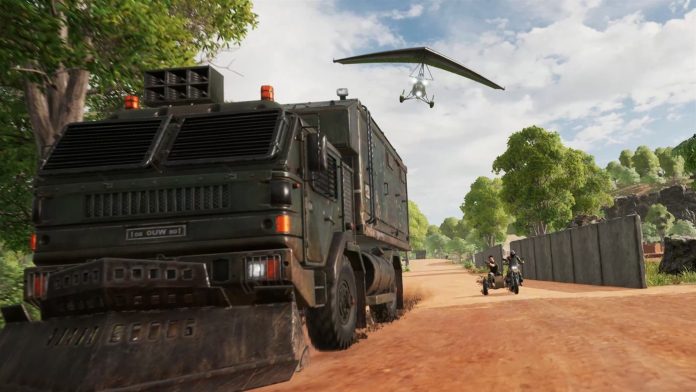 For many the real king of the Battle Royale scene is still that of PUBG. Yes there are numerous other options available, and yes, Fortnite gets all the applause – especially as it’s coming linked with Marvel’s Avengers – but there is nothing better than firing up a bit of PUBG in order to prove your worth. Now though Season 8 of PUGB comes to console, with a return to Sanhok on the cards as players get the opportunity to purchase the new Challenger and Paypack Packs.

Available today on Xbox One, PS4 and Google Stadia, after previously rocking up on PC, Season 8 of PUBG once again gives players plenty of new opportunities. We previously told you about all the interesting and exciting changes that Season 8 delivers, with the main draw being that of a revamped, reworked, return of Sanhok.

That update is now here for console players to enjoy, but the inclusion of a new Loot Truck, improved Jerry Cans and a new Ranked Season – along with multiple visual updates to the Sanhok map itself – aren’t the only reasons to go back in to the PUBG world.

Nope, for sitting in place alongside those changes are the new Challenger and Payback Packs.

The PUBG Payback Pack is probably the most interesting of the two new inclusions; mainly as it provides the most gear for your cash. Priced at £12.49, the Payback Pack will see you gifted the new Survivor Pass: Payback, 5 levels of the Premium challenge stream, a retro Truck Jacket, Her Galaxy Shirt and Shorts, and some rather fetching teal soccer cleats and socks.

Alongside that though is the PUBG – Challenger Pack for £8.39. This isn’t quite as immense in terms of gear, but does bring some pieces that many will find appealing. Most notable of those is the drop of a cool 1100 G-Coin, letting you go out and purchase some other tempting clothing item or skin, whilst the Cerulean Challenger – SCAR-L and Networked Gloves will ensure you look the part on the battlefield

Should you wish to purchase either of the pack then you’ll have until October 21st 2020 to get involved, with all the items detailed provided through the power of PUBG crates. As always your favoured digital store will sort you out with a download of both packs – we’ll point you to the Xbox Store but you should also find these packs on the PlayStation Store and Stadia Store.

Let us know in the comments if you decide to pick either of the packs up, or whether you’ll be dropping back in to Sanhok in the near future.

We also now have a public Discord channel if you would like to come and chat about all things gaming with us.

Our YouTube channel is always open to new subscribers too.