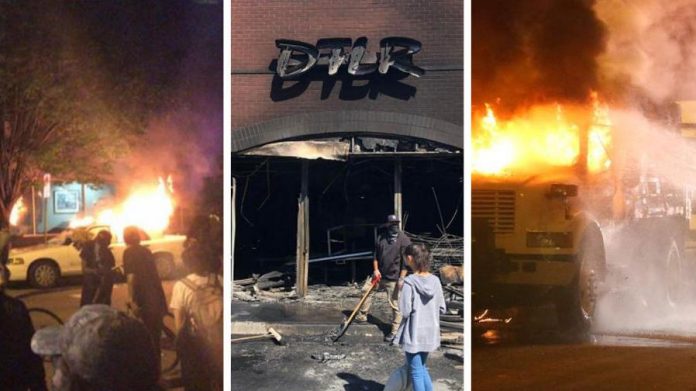 Dumpster fires were set at a wide range of locations, and one of those blazes scorched an exterior walls of Virginia Commonwealth University’s Brandt/Rhoads Hall, a dormitory for students, a university spokesman confirmed. Fire officials placed the damage at $1,000.

Asked whether the dozens of fires significantly endangered the lives and safety of city firefighters, Chief Carter replied, “All uncontrolled fires are inherently dangerous. However, every arson fire we encounter brings the potential dimension of intentional harm to life and health.”

The United Daughters of Confederacy has kept a low profile since the fire at their organization’s headquarters, and numerous requests to learn the extent of their loss and future plans have gone unanswered.

The Washington Post reported on June 3 that Civil War artifacts were destroyed in the UDC fire, including a Stonewall Jackson camp flag, but the newspaper did not attribute the source of the information.