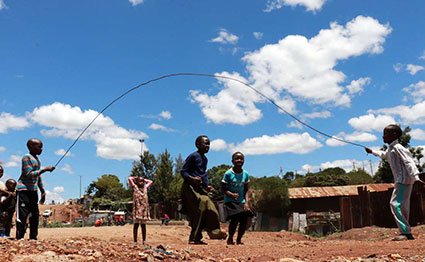 By ANGELA OKETCH
More by this Author

The government has identified Kibra as a potential zone for lockdown after the constituency shot to national coronavirus infamy.

This is after the sub-county that hosts a huge slum population recorded a sharp spike in Covid-19 cases over the past two days.

On Wednesday, tests revealed 15 infections in Kibra while 13 were discovered Thursday, making the area a virus hotspot in the capital.

Acting Health Director-General Patrick Amoth expressed fears of deaths in the slum, where there is a high prevalence of HIV/Aids.

“If they are taking their drugs as prescribed, then they will be able to achieve viral suppression, and therefore it will not be a risk factor. But if they are not, then there is a high likelihood that we will register more cases and deaths,” he said.

The 80 new cases reported from 3,102 samples marked the highest daily rise in infections since the first case was reported on March 13. This brings the national tally to 1,109.

In Siaya, the seven cases were found in Ugenya, while in Kwale the six cases are in Msambweni (five) and Matuga (one). Garissa’s cases were recorded in Ifo Camp (two) and Hagadera (one).

In Kajiado, the two cases are from Kajiado Central while the one case in Taita-Taveta is of a truck driver.

“Somebody in Kibra, without the authority to authorise anybody to travel, signed a document that allowed and was respected by police all the way from Kibra to Siaya,” said Mr Kagwe.

He added that the more people flout the measures, the more the virus is going to spread further. “There is a reason why there was a cessation of movement in and out of Nairobi,” he said.

Nine more patients were discharged, bringing the total recoveries to 375 while deaths remained at 50.

Mr Kagwe revealed that 40 truck drivers – 39 Tanzanians and one Burundian – tested positive and were all returned to Tanzania. The cases were discovered in Namanga (25), Lunga Lunga (six), Taveta (five) and Isebania (four).

Further, the government has directed all staff at points of entry, including customs, port health, security and immigrations to take the Covid-19 test.

At the same time, more than 1,500 people have been charged at the Milimani magistrate courts for flouting Covid- 19 rules in two weeks.

The offences included breaching curfew, failing to maintain social distance and wearing a face mask while in public.

Most of the offenders were found guilty and fined between Sh200 and Sh1,000. Those unable to raise the fine were sentenced to community service.