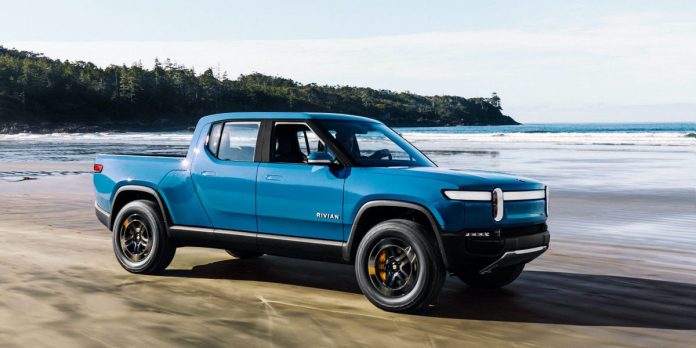 Since the cabin of a car is where you spend most of your time throughout the ownership of a car, a nice interior can make a world of difference. EV startup Rivian agrees. It wants to create luxury interiors that will really impress buyers, a company executive told WardsAuto.

The all-electric R1T pickup truck and R1S SUV will be officially introduced next year. When they do, Richard Vaughan, the company’s director of crafted quality, told WardsAuto’s Steven Finlay that the company is aiming for the top dogs of car interiors — Lamborghini, Bentley, Lincoln, and Audi.

“We’re benchmarking the greatest,” Vaughan said. “We want to ensure our new vehicles are truly world-class.” He added that Rivian wants to become “a world leader in quality.”

Anyone who’s been in a modern Lamborghini, Bentley, or Lincoln will be used to the sight of quilted leather, high-quality materials, and eye-catching textures. Business Insider recently reported on the lovely quality interior of the Lincoln Aviator.

In Rivian products, Vaughan wants “rich textures” to draw the eye, tactile satisfaction gleaned from “solid-feeling haptics” and auditory appeal from “the careful management of sensory cues that consciously and unconsciously communicate a sense of quality,” he told WardsAuto.

“Quality planning goes further than understanding what customers want because sometimes they don’t know what they want,” Vaughan said.

While we won’t see the R1T or the R1S in production capacity until 2021, photos of the vehicles on Rivian’s press site show sleek and minimalist interiors. Judging from the photos, the vehicles’ interiors exhibit similar design language as their exteriors.

You can read the full WardsAuto story here.