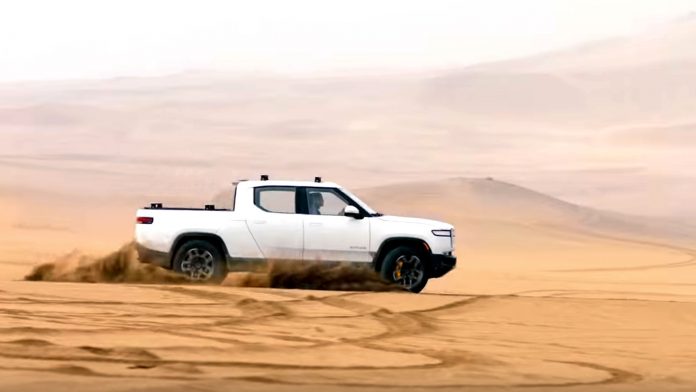 Instead, they got in touch with Rivian in early 2019—undoubtedly intrigued by the idea of having the R1T’s vehicle-to-vehicle charging capabilities in remote areas of South and Central America—and asked if the company might be willing to help. Rivian, which hasn’t engaged in large-scale public testing yet, saw it as a golden opportunity to put its R1T through the wringer in 13 different counties over 13,000 miles of wildly different conditions.

But it was still a tough task to prepare the prototypes. According to Car and Driver, Rivian had both R1T trucks ready mere hours before they needed to be shipped south for the start of filming.

These trucks are not close showroom production models, because those don’t exist yet. They are prototype durability testers that are described in the video as “somewhat” like production, and data from a variety of vehicle systems was constantly being fed back to Rivian’s HQ for analysis—analysis that will ideally improve the final product that we’ll see next year.

To prepare for the journey, Rivian had to install 240 Level 2 chargers in roughly 140 locations, spread about 110 miles apart over the 13 countries to cut down on range anxiety. It helps to have a few billion in the bank. But wiring up chargers is child’s play compared to the overall task of sending out prototypes to get driven hard in the real world like this. Rivian was diving into the unknown here to find the truck’s current limits.