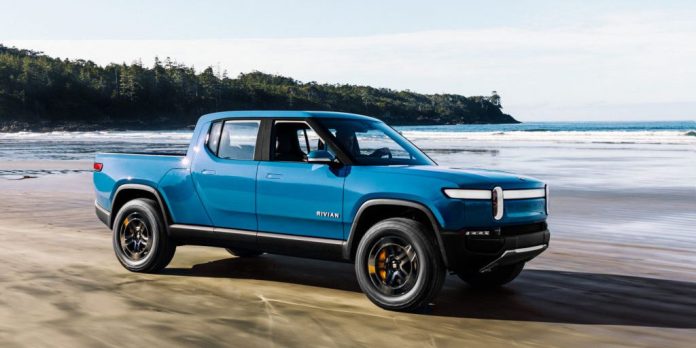 The first wave of electric pickups is so close that we can almost see it over the horizon, as several start-ups and automakers prep their wares in what will be a near-simultaneous debut of several competing models in a crucial segment.

Rivian will be part of this first wave, and will begin production of its R1T electric pickup in June of next year, the company said in an email to prospective buyers. Meanwhile, deliveries of the R1S sport utility will start two months later, in August 2021. The company will build the two models in a former Mitsubishi plant in Normal, Illinois, that it had purchased in 2017. Production of the two models was initially expected to start at the end of this year, but was pushed back by approximately half a year due to the delays caused by the coronavirus pandemic.

“Keeping our team safe while making progress has been our top priority over these past few months,” the company said in a statement to reservation holders. “We look forward to sharing more updates soon, including details on key vehicle features, the date you’ll be able to configure your R1T or R1S, as well as our plans for our charging network.”

The start of production of Rivian’s SUV will follow the pickup.

Rivian’s five-seat R1T pickup truck will be offered in three battery options: 105 kWh, 135 kWh and 180 kWh. This means that the truck will also offer three different ranges based on battery size, ones that Rivian has previously cited as 230-, 300- and 400-plus miles. Power, meanwhile, will stretch from 400 hp to 750 hp. The R1S SUV will be closely linked to the pickup.

The expected start of production will still represent a test for Rivian and others planning to field electric pickups in 2021. GM will follow in the fall of 2021 with its Hummer-branded electric truck, launching ahead of a Chevrolet EV truck model that will debut in 2022. That same year Ford is expected to start selling an electric version of the F-150. The summer of 2021 is when Lordstown is expected to begin sales of its Endurance pickup, for now only to commercial fleet customers.

What’s often forgotten in discussions of electric trucks is that the very first electric cars did not debut all at once over a decade ago—it was a much more measured roll out. Electric trucks, on the other hand, are set to stampede through one rodeo gate in a very short time frame.

Rivian is hedging the roll out of its two models as well: The automaker has a contract with Amazon to supply 100,000 electric delivery vans, so it’s not betting the whole farm on private buyers showing up with cash in hand.

Speaking of cash, Rivian had previously quoted a starting price of $70,000 for its truck, but is now expected to lower it quite a bit in response to Tesla’s promise of a $39,900 starting price for the Cybertruck. Prospective buyers of electric pickups will have a lot of choices very soon.

Why Bossier City is ranked as the best small city in...