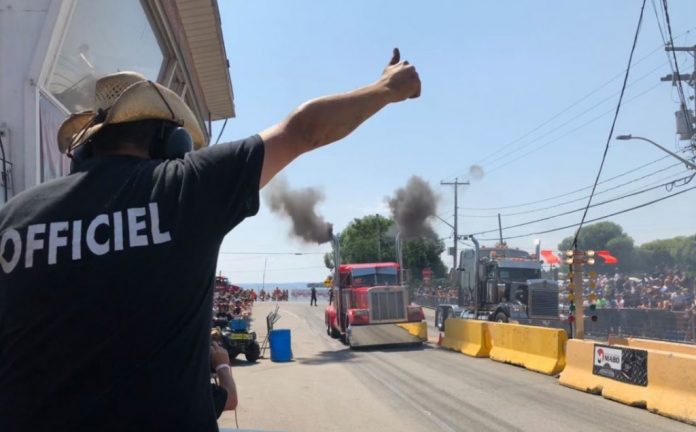 NOTRE-DAME-DU-NORD, Que. – One of the biggest truck rodeos in the country has been postponed until next year because of the Covid-19 pandemic, its organizers said Tuesday.

The 40th edition of Rodeo du Camion was due to be held
July 25 in the northwestern Quebec town of Notre-Dame-du-Nord.

The rodeo committee said it working on the options. The super draw will, however, take place as planned, it said. More details will be announced in the coming weeks.

The rodeo features a variety of contests including
truck pulls and heavyweight races. Last year the show attracted more than
90,000 spectators, the biggest crowd in 15 years.

The event brings in more than $8.5 million in economic
benefits to the small town. Funds raised during the event go to communities and
charities in the area.

The rodeo started as part of the local fish derby in
1981. It has since become an event of international renown, attracting
participants from many countries.

In Clifford, Ont., the Great Lakes Truck Club has yet
to make a decision on the Antique and Classic Truck Show, scheduled for July
3-4.

“The show is still on schedule,” said coordinator Chris Hall.

“Our executive will take a look at the status of the
virus on June 1, then make a decision at that time,” he told Today’s
Trucking.

Take your cans back now at this Big Rapids store