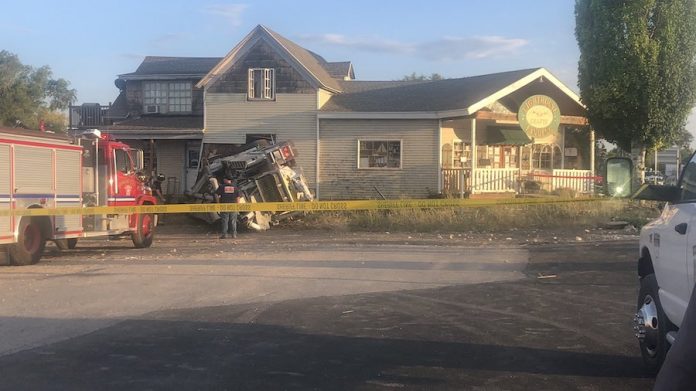 GARDEN CITY, Utah – Another runaway truck crashed in northern Utah while descending out of Logan Canyon on U.S. Highway 89, according to Cpl. Andrew Battenfield with the Utah Highway Patrol.

The concrete pumping truck crashed into a gift shop around 7 p.m. Tuesday, and Battenfield said the driver suffered injuries that were not life-threatening. No other injuries were reported.

Witnesses told troopers the truck’s brakes appeared to be on fire as it went through the intersection.

One driver was killed in an Oct. 2018 crash, when a truck destroyed a sporting goods store at the intersection of Highway 89 and state Route 30, also known as Raspberry Square.

UDOT crews are currently working on a runaway truck solution that involves a series of cable fences that catch the truck in a narrow concrete chute.

Coronavirus: A police officer in the state where the first Covid-19...

Protests, unrest, and disorder in response to the death of George...

Turning off the Tap: Plastic Sachets and Producer Responsibility in Southeast...