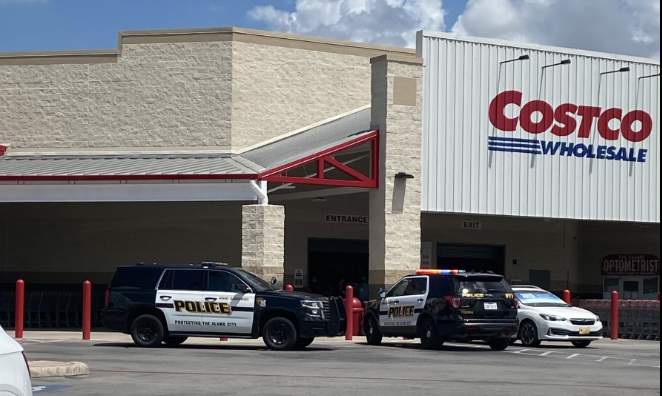 SAN ANTONIO – San Antonio police are still searching for the second suspect involved in a jewelry armed robbery at a North Side Costco store.

Joshua Lawrence Mullenix, 28, was identified as the getaway driver in the incident, according to an arrest affidavit. He is still at large.

The robbery happened Saturday afternoon at the Costco located at Loop 1604 and Hardy Oak.

According to an arrest affidavit, a Costco employee watched Ricky Green, 29, enter the store and approach the jewelry case. Officials said he then pulled out a hammer and began smashing the top of the display case.

Green reached his hand into the broken glass and began pulling out jewelry, the affidavit states. The employee that was nearby yelled for him to stop and that’s when Green approached him, pulled out a gun and waved it in the air, police said.

The employee stepped back and other customers witnessed the incident as well. Green continued to steal the jewelry and placed the pieces in his pockets, according to police.

While reaching into the broken glass, officials said Green sustained a cut on his right hand.

Green then fled the scene on foot and ran through the parking lot until he found Mullenix inside of the getaway vehicle, which was a white Dodge pickup truck, authorities said. Both of them left the scene.

Officials searched for Green and the getaway vehicle soon after the incident when robbery detectives received a call from Live Oak PD, claiming Green wanted to confess and turn himself in. He was later taken into custody.

After Green was apprehended, he identified Mullenix as the getaway driver and claimed it was his idea on which jewelry display he should break during the robbery, according to police. Green also told police Mullenix still has the stolen jewelry in his possession, the affidavit states.

After police asked Green how Mullenix knew which display to break, he told police Mullenix had visited the store earlier Saturday before the robbery, at which time he provided his identification to Costco employees at membership services.

Green is charged with aggravated robbery and the search for Mullenix is still ongoing.

One year after Brandon Webber was killed by U.S. Marshals, his...