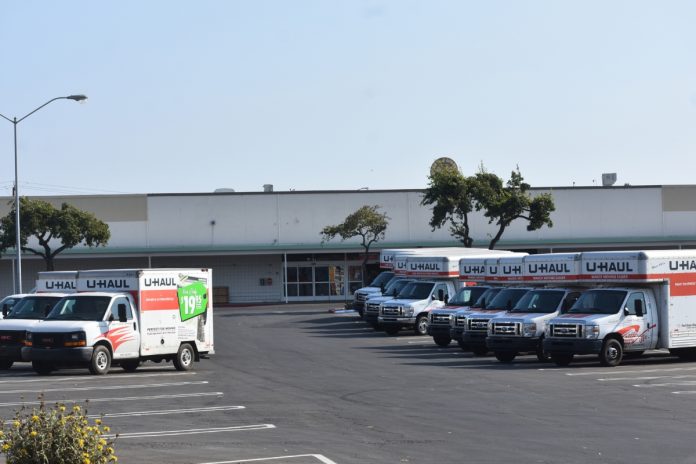 Despite opposition, U-Haul can move forward with plans to convert the former Santa Maria Kmart building into a mini-storage and office facility, the City Council decided Tuesday night.

In making its decision, the council denied an appeal and affirmed the Planning Commission’s June decision to approve the U-Haul project after three hearings on the topic.

Councilman Michael Moats said he has seen U-Haul sites with storage facilities in other cities.

“I don’t see anything wrong with that. They’re going to be indoors. That’s not going to make me upset to know that there are pods inside the new place. It’s going to look better than the old place,” he said.

Councilwoman Etta Waterfield called the mini-storage plan a “huge improvement” from the prior use.

“I certainly agree this is a very appropriate use for the former Kmart site,” Waterfield said.

U-Haul purchased the 13-acre former Kmart property at 2875 Santa Maria Way when the firm filed for bankruptcy and closed several stores, including Santa Maria’s, in early 2019.

While U-Haul has operated a truck rental business at the site, the firm sought permits to add 635 mini-storage units and U-Box self-storage space plus to make exterior improvements and relocate existing retail space.

An artist’s concept shows the before and after plans for Santa Maria’s former Kmart site, where U-Haul received permission to add mini-storage units inside the building. (Contributed photo)

After three hearings, the Planning Commission approved the project in June, setting the stage for the appeal filed by resident Stephen Wagner, who lives on Capistrano Lane, and said he represented 50 others who opposed the project.

“The deal about the U-Haul deal, changing it from a retail site like Kmart had to a light industrial site, is the standards that have been applied here I think are inadequate, and I think we’re seeing an inadequate level of landscaping added to the site,” Wagner said, adding that Santa Maria Way serves as the southern gateway to Santa Maria.

In the appeal, Wagner challenged the appropriateness of establishing a mini-storage facility at the former big-box store site and expressed concerns about a loss of sales tax revenue, hours of operation, noise, site maintenance and the number of U-Haul trucks parked at the site.

“Staff believes that the mini-storage use is not any more impactful than other commercial uses in terms of noise or traffic,” Community Development Director Chuen Ng said, noting that other similarly zoned sites have accommodated mini-storage uses in the past.

Conditions included would limit the hours for the storefront and indoor storage access from 7 a.m. to 8 p.m. Monday through Saturday and 9 a.m. to 5 p.m. on Sundays. The permit also would allow a 24-hour drop-off of trucks in designated parking spaces.

Parking of U-Haul trucks must be limited to 142 spaces on the sprawling site with other parking available for the storefront and mini-storage customers.

“Quite frankly, when the building is done, there’s not going to be anything visual or give any indication that it is an industrial complex,” architect Tom Martinez said. “It will be a visually enhanced building with new facade, new stone work.”

Plans call for adding a stone or brick facade to the building.

Improvements have been “badly needed” at the site for a number of years, Martinez said.

Santa Maria is not alone in having its abandoned Kmart building converted to house U-Haul operations.

Phoenix-based U-Haul International Inc. acquired 13 former Kmart or Sears facilities across the nation for use as truck rental and mini-storage facilities, according to a 2018 announcement that came before confirmation of the Santa Maria Kmart’s planned closure.

The firm also had explored using the old Costco building on Bradley Road, but city staff discouraged the plan because of the location near other retail businesses, according to a U-Haul representative.

— Noozhawk North County editor Janene Scully can be reached at .(JavaScript must be enabled to view this email address). Follow Noozhawk on Twitter: @noozhawk, @NoozhawkNews and @NoozhawkBiz. Connect with Noozhawk on Facebook.

Life on the Road in Pandemic America

Multiple markets in county to shop for fresh produce | Worcester...