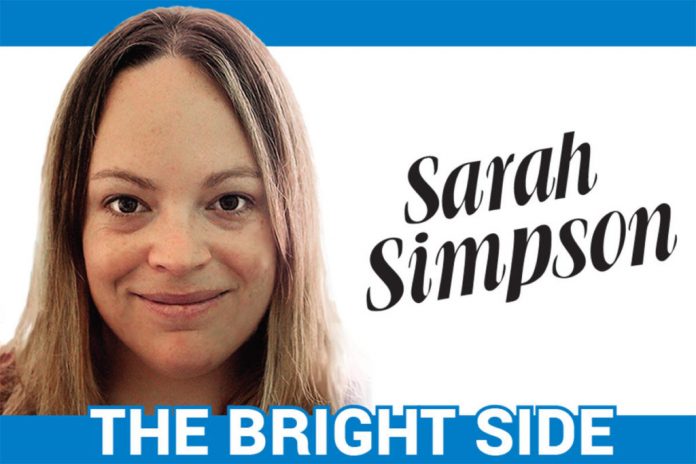 “What should I write my next column about?” I casually said aloud around 5:45 a.m. last Saturday. I was just talking to myself because usually I am by myself at that hour. This time my five-year-old son answered. It startled me a little bit despite my knowing he was there.

The boy had crashed my morning walk. It was a pretty risky move on his part. I love the guy, but I also love my morning walk alone before the chaos of the day begins. He wanted to join me that day and I knew if I wanted my walk at all, that was really the only option. He has this uncanny ability to wake up at 5:29 a.m. and be in front of my face when my alarm goes at 5:30. Sometimes my negotiations fail and I don’t get my walk. Other times I do. This time it was kind of a compromise. I will say, though, that waking up every morning and immediately being held hostage by my kindergartner and having to negotiate my way out of the house is not a fun way to start the day. The idea of a long walk alone is worth the risk though.

That wasn’t happening last Saturday though, and I opted to embrace it rather than fight.

“What should I write my next column about?” I mumbled as I made my coffee. He stared sleepily into the kitchen and said “mmmmm giant candy canes.”

What? Did he really want me to write about giant candy canes? I looked over to see him staring at the faucet. It’s totally candy cane shaped.

Maybe he had something there.

So here is my column, inspired by my son looking at my kitchen faucet before dawn on a Saturday morning:

Several years ago I was headed home to the Mainland for Christmas when I heard the ferries were running late. I still had a few stocking stuffers to pick up and given I had time, I stopped in Ladysmith to get some snacks and pick up a few last-minute things from the store.

Once inside the shop I saw all these great stocking stuffers so I went to town. One item there was a two-foot-tall candy cane. I thought my husband would get a kick out of it so I grabbed it and carried it around with me while I shopped. (It’s not as easy as you’d think to shop with a giant candy cane.)

My husband did get a kick out of it but once the novelty had worn off and Christmas was put away, it sat in the cupboard for years and years until I finally got rid of it.

That was a lesson on “bigger isn’t always better”. However cool that cane was, it just wasn’t practical.

I told my son that story as we walked and he reminded me that, one year when he was little — maybe two — the Easter Bunny brought him a chocolate fire truck. Fire trucks and chocolate?! He was in heaven.

Of course, being the mean mom I am, I didn’t let him open the box right away lest he gobble up the entire thing. Knowing me, I probably told him to save it for something special in the hope he’d forget about it and I could add it to my freezer chocolate stash.

Alas, that, too, sat in the cupboard. All the tiny eggs were consumed. The chocolate fire truck sat there for years only to be discarded in the end.

(We did end up getting him another one in recent years and that one mysteriously vanished into the freezer never to be seen again.)

Back to my commandeered early morning walk.

Along a small section of trail we needed to pass through to get where we were going, we found the biggest snail in the history of snails. It must have been a grandpa snail, said my son. No other snail could be that big. And, according to him, it was super fast because if you’re that big you must be fast. I tend to think the opposite but no doubt the truth lies somewhere in the middle.

That snail was the highlight of our walk. That is until we found a giant slug which got us to joking that maybe the creatures weren’t actually much bigger than usual and perhaps it was us that shrunk overnight. We had such a great conversation. It was a fantastic, albeit not typical, morning walk.

According to the metrics on my watch, a one-hour walk alone in the morning typically nets me 60 minutes of exercise. The hour-long walk with my son, however, earned me eight.