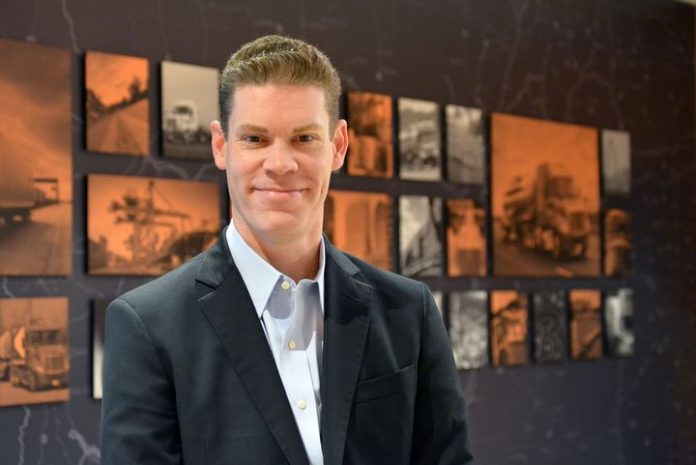 GREEN BAY, Wisc. — Earler this year, Schneider earned the 2020 CIO 100 Award for Innovation and was honored in the 2020 BIG Innovation Awards. The use of artificial intelligence was a key part of the innovations the Wisconsin-based megafleet has been honored for, so our partners at Heavy-Duty Trucking magazine talked to Brian Stuelpner, Schneider vice-president of strategy, planning and architecture, to learn more about artificial intelligence and how the company is using it in its everyday operations. (This interview has been lightly edited for clarity and length.)

How would you explain artificial intelligence?

Stuelpner: The way I
think about artificial intelligence, it’s really a set of capabilities that
allow a computer to do something that would have required human intelligence in
the past or something that would have taken far too long for a human to do. We
use it a lot to take over mundane or repetitive tasks so people can move on to
something of higher value. But in general, I would think of it as just a
grouping of capabilities that a computer today can do that traditionally has
been kind of in the realm of human intelligence to handle it.

We also hear the term machine learning a lot. Is this an outgrowth of AI?

Stuelpner: We have these incredibly vast data sets that are constantly getting added to, and we’re making choices based on those groupings of data. The machine learning component to me is our ability to understand the result of that choice and potentially make a different choice in that future. So based on this choice that I’ve made in the past, this was the result, and perhaps if I did it slightly differently next time I would get a different result. This is something that a human could do in the past. But today the machines are able to do that, to decipher all that information, all of those scenarios and learn as they go to continue to get us better and better decisions.

What are some of the misconceptions people might have about AI?

Stuelpner: There’s
a misconception that if you have AI or you’re employing artificial
intelligence, that the human is removed from the picture. And I definitely
don’t see that as being true. There’s a human-assisting-machine component of AI
as much as there is machines assisting humans. With the AI that we’ve deployed,
there’s a lot of training that goes on, explaining that goes on, trying to
bring the human knowledge that we have and digitize it so the computer can
understand what we do. So there’s a whole lot of human intervention to build
models, and train the AI models. So it’s not taking the person out. It’s
actually just reshaping the role of the person.

So how is Schneider using artificial intelligence?

Stuelpner: We
kind of pride ourselves as being at the leading edge of technology or the
history of innovation, and we have several use cases that we’re deploying. Most
of them are directed at things like improving productivity or improving
experiences. I can give you probably three, three examples that I think are
relevant.

An
easy one for us, and one we’ve been doing for the past couple of years, relates
to our customers and our internal associates, and it’s handling customer email
requests. So at Schneider, we get millions of emails a year from our customers,
many of them asking fairly simple questions like, where’s my freight? The way
that’s traditionally been handled is that an associate would receive the email,
they’d look at it, they’d have to understand what it was asking, they’d go to a
system or two systems or three systems to find the information, and then they’d
returned an answer. And what we’ve been able to do is utilize artificial
intelligence to understand the question that’s coming in basically in near real
time, go to the systems that house the answer, and return an accurate answer to
that request in three to five seconds.

So
in that use case, what we’ve done is improve the customer experience by being
much more responsive to them. And we’ve also improved our associate experience
because we’re not asking them to do that kind of mundane, repetitive work.
We’re allowing them to focus on a different part of that customer relationship,
being proactive and working through issues versus just so transactional.

We
also have deployed AI in our driver space. We have something that we call ETAI, which really focuses on using
artificial intelligence in our ETA [estimated time of arrival] process.
So we’ve taken a lot of the manual intervention out that traditionally a driver
would’ve had to do and we’re trying to allow them to focus on driving. So what
we do is take the vast amounts of data that exist, including real time data
such as traffic or weather, historical information about transit times, or even
dwell times at a particular location. Not to mention information that only we
have – driver preferences, their hours of service or their behavior – and we
can provide a more accurate ETA that’s constantly updating without the driver
having to intervene. And we’ve found that to be more accurate than our previous
method of doing it, but even more accurate than a lot of the data aggregators,
for a lot of reasons, but [largely] because we have information that they just
don’t have about the drivers. So we found that to be a great productivity boost
for our drivers. It allows them to get a better dispatch at the end of the day,
which lets them keep rolling.

A
third one we’ve been doing for several years is with our third-party carriers.
We have a relatively sizable logistics business, and we’ve used artificial
intelligence and machine learning to provide better recommended loads to that
carrier population, by understanding their behavior and their preferences and
the choices that they make. And we can surface loads that we think will be
attractive to them, and based on their choices, keep refining those models,
improving those decisions, so that when that carrier comes to Schneider to find
loads, the ones that they see first are the ones that are most relevant, most
attractive and theoretically fit in their wheelhouse.

So
we’re trying to deploy AI in a lot of different spaces.

It seems to me that a lot of what you’re doing here is what we were talking about with ‘big data’ a few years ago – being able to use not only your own data, but also data from all these other sources. Is that sort of an accurate understanding?

Stuelpner: Yeah, I think
a lot of AI and machine learning is a result of actually being able to do something with that data. So companies
like Schneider and many others in our industry and beyond today have access to
unthinkable amounts of data. And the challenge has always been, how do you gain
insights from that data? How do you use them in a way that is speedy, I’ll say.
So you have the ability to have compute power that can go through that data, do
analysis on the data, and make sense of it so that we can feed the right
information and insights to the right actors in our ecosystem in near real
time.

I
think that’s really what the value is here. Because that data’s going to
continue to grow. Companies will require the ability to find the signal amongst
all of that noise that’ll help you drive better decisions. So using tools such
as artificial intelligence, it’s really just another tool in our tool belt to
allow us to make better decisions, give better experiences, increase
satisfaction. But it’s really how we are leveraging that data, both internal,
external, and that’s going to just continue to balloon. The AI helps us to make
sense of that and make better decisions as a result.

Any other examples of ways that AI is benefiting trucking?

Stuelpner: Another
examples is your traditional help desk bot, where we’re able to use
conversational artificial intelligence to understand questions and provide
answers. I see one of the big things coming for trucking in general is the
ability to personalize at scale. I think a great benefit will be when you can
take that data to improve the experiences of the drivers. It’s really moving
toward the spot where each and every driver is really going to have almost an
assistant with them. Using the data, using the intelligence to help drivers
make better decisions, can really remove friction from their driving
experience, allowing them to focus on driving, to focus on being profitable.
That’s really where I think great strides are going to be made in the next
couple of years.

Where do you see the use of AI in trucking in the future?

Stuelpner: It feels like we’re kind of in the beginning stages of AI in trucking. I think we’re going to continue to see those use cases evolve where automation of certain types of tasks will happen. Humans will take on kind of a higher-value role, which I think we’re all looking forward to. The drivers are going to really get to focus on driving, not, shuffling through paperwork, not waiting for information to get phoned to them or come through their in-cab devices. We’re going to be able to make better decisions at a speed that we couldn’t really comprehend in the past. And I think that’s really the promise of AI in the trucking industry. It’s going to drive a whole lot of efficiency, but it’s really going to drive a much better experience for so many components of the industry.