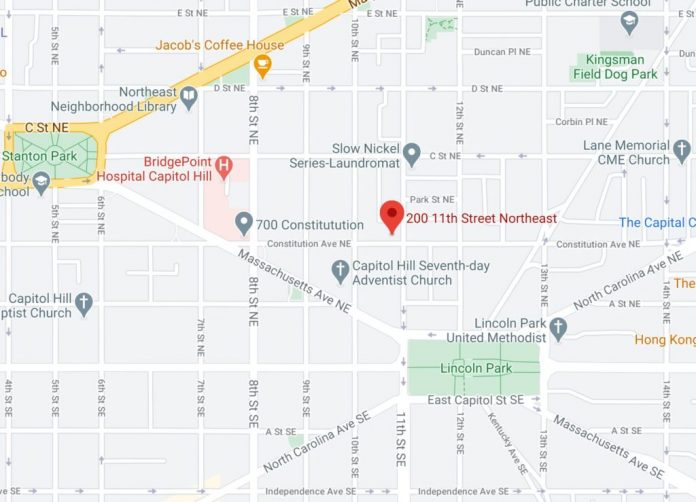 “Detectives with the Metropolitan Police Department’s Major Crash Investigations Unit are investigating a traffic crash that occurred on Friday, August 28, 2020, in the 200 block of 11th Street, Northeast.

The preliminary investigation revealed that at approximately 1:29 am, First District officers responded to a crash involving a motorized scooter and a pickup truck at the intersection of 11th Street and Constitution Avenue, Northeast. The on-scene investigation revealed the scooter operator was traveling westbound on Constitution Avenue, Northeast and a Ford F-150 pickup truck was traveling the wrong direction on 11th Street, Northeast, which is one-way southbound.

When both vehicles reached the intersection of 11th Street and Constitution Avenue, Northeast, the scooter crashed into the passenger side of the Ford F-150. Both the scooter and its operator came to final rest in the roadway. DC Fire and Emergency Medical Services arrived to the scene and determined that there were no signs of life. The scooter operator was pronounced dead on the scene and transported to the Office of the Chief Medical Examiner. On Friday, August 28, 2020, the driver of the Ford F-150, 52-year-old Tyrone Maurice Hector, of Capitol Heights, MD, was arrested and charged with Murder II.

The decedent’s identity is being withheld pending next of kin notification. Anyone who has knowledge of this incident should call police at 202-727-9099. Additionally, anonymous information may be submitted to the department’s TEXT TIP LINE by sending a text message to 50411.”

Driver who struck cyclist with truck found, ticketed – Kamloops This...