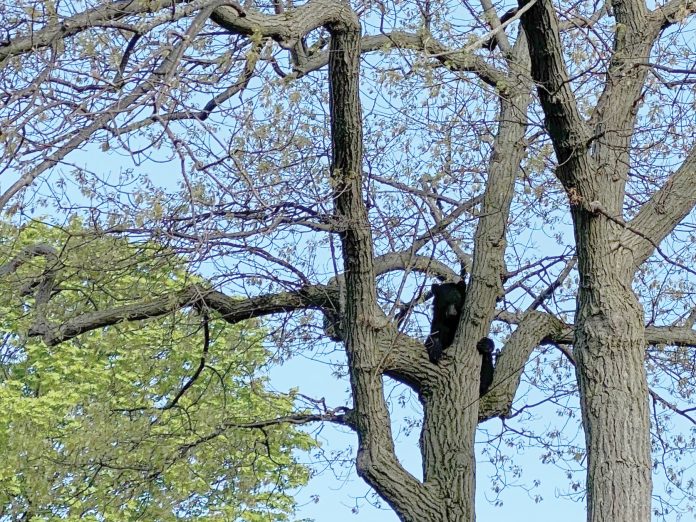 ESCANABA — Less than a week after Escanaba’s last bear-related incident, a bear was removed from a tree on the 200 block of Lake Shore Drive Friday.

Scott Johnson, the owner of the home where Friday’s incident took place, said he had not noticed a bear in his tree at first.

His dog had been acting unusually when he let it out an hour earlier.

“It tore out the backyard,” Johnson said, noting the dog may have actually chased the bear up the tree.

Around noon Friday, a bucket truck was used as part of efforts to remove the bear from the tree. As of 2 p.m., responders were no longer at the scene. Additional information from the Michigan Department of Natural Resources or Escanaba Public Safety — both of which responded to the situation — was not available as of Friday afternoon.

Johnson said he had never been in a situation like this one before.

“You don’t see that every day in your local residence in town,” he said.

Elsewhere in Escanaba, however, a similar situation had played out just days before. On Tuesday, a 120-pound male black bear was removed from a tree near the corner of S. 11th St. and 8th Ave. S. The bear was tranquilized and was later released outside city limits in a remote northern-area of Delta County.